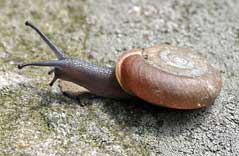 A round of special funding by the U.S. Fish and Wildlife Service awarded $33 million toward helping threatened and endangered species in 21 states, including several projects in the Central and Southern Appalachian region.

In Cumberland County, Tenn., more than $700,000 will protect aquatic resources and improve habitat for species such as the Indiana bat, gray bat, spotfin chub, and Cumberland rosemary. The service describes this grant as a proactive attempt to guard sensitive areas “experiencing increased development pressures and resource extraction issues.”

Federally-listed mussels are poised to benefit from nearly $200,000 in conservation funds in Georgia’s Lower Flint River Basin, an area impacted by drought and agricultural water demand. In Pennsylvania, $600,000 will support Indiana bat habitat on 3.8 million mostly-forested acres throughout the state.

In a joint project between the West Virginia Division of Natural Resources and nonprofit conservation groups, $700,000 in Fish and Wildlife Service funds will go toward land acquisition in the Cheat River Gorge. The state agency is seeking matching funds to help protect the Indiana bat and a lesser-known creature, the flat-spired three-toothed land snail. Approximately 10,300 acres of the Cheat River Gorge encompass the rare snail’s entire range, where it gravitates toward sandstone outcroppings.

The Fish and Wildlife Service is not the only agency assisting portions of Appalachia. Also in August, the U.S. Forest Service announced $3.5 million in matching grants awarded to groups working on community forests.

The Eastern Band of the Cherokee Indians will conserve 108 acres on Hall Mountain near Franklin, N.C., and build a trail system that exhibits uses of natural resources traditionally employed by the Cherokee. And in Pickens County, S.C., the Naturaland Trust will use Forest Service funds to secure 1,648 acres of the state’s Nine Times Community Forest to support habitats for black bear, ruffed grouse and peregrine falcons.

Companies to Cough Up Millions for W.Va. Superfund Cleanup

The 38-acre site, located near the east bank of the Monongahela River in the town of Fairmont, became contaminated with hazardous wastes from decades of industrial activity. The cleanup, which has been ongoing since 2001, includes containing contaminated soil and removing 5,500 cubic yards of tar wastes from the bottom of the river.

Between 1932 and 1984, four separate heavy industry operations deposited waste products including lead dust, mercury-tainted waste oil and crude tar on the site. More than $11 million of the funds will reimburse the U.S. Environmental Protection Agency and the state of West Virginia for previous cleanup efforts. Additional information on this and other superfund sites is available at:
cumulis.epa.gov/supercpad/cursites.