Political speeches, the nightly news and newspaper headlines are filled with reminders of the battered economy and the millions unemployed or underpaid. But as energy efficiency and renewable technologies advance, more domestic jobs are created that foster a sustainable economy, save money at home, and benefit human health and the environment. It’s an ambitious goal, but across Appalachia, many forward-th
inkers and industry leaders have already seen the light.

Mike McKechnie keeps both a lump of coal and a piece of silicon, the main component in solar cells, on his desk.

He knows the direction of the nation’s energy future comes in part from knowing its past. The owner of Mountain View Solar & Wind in Berkeley Springs, W.Va., McKechnie has spent years promoting energy efficiency and the benefits of solar and wind power.

“We’ve always been concerned in giving the consumer education,” McKechnie says. “It helps them manage the utility bill that is so important to them. Once we have their attention, we can show them the energy saving components and translate that to dollars.” 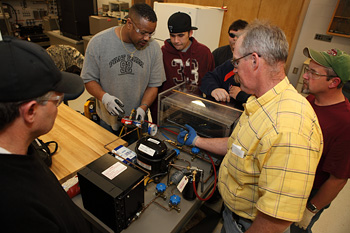 When McKechnie and his wife purchased a home from the U.S. Department of Energy Solar Decathlon in 2005, they began hosting energy efficiency, solar technology and green building trainings in their backyard. “We’re middle class folks,” McKechnie says. “It was our way of showing how people like us can afford an efficient, healthy home.”

Before focusing solely on renewable energy, McKechnie operated Mountain View Builders, using his knowledge of green building practices. “We had our most successful years in 2008 and 2009, when most builders were suffering or completely out of business,” he says. “The reason we were busy is because of the products and services we offered: a healthier place to live that uses significantly less power.”

McKechnie and others give credit to the federal and state incentives, loans and grant programs that encourage homeowners to retrofit their homes and invest in energy efficiency, weatherization and green job training. But in order to keep energy efficiency and clean energy growing, McKechnie says, the tax credits must stay at the consumer level.

Federal tax credits for energy efficiency also exist, though in smaller amounts than previous years. Home efficiency retrofits, the purchase of many Energy Star-rated appliances and installation of renewable energy all come with incentives put in place by the Department of Energy.

But it was the controversial and oft-criticized American Reinvestment and Recovery Act of 2009 that rejuvenated research and investment in clean energy. A total of $27.2 billion was doled out by the Department of Energy, including $5 billion for weatherizing modest-income homes, $300 million for energy efficient appliance rebates. The Department of Labor gave grants of $500 million to fund the training of “green-collar” workers. The Brookings Institute cites that, in addition to creating jobs in a recession, loan programs generated $4 to $8 of private lending for every dollar of public investment and by scaling up important clean energy technologies, began financing the long-term restructuring of the economy.

Virginia Tech University, a CREATES partner, approached Community Housing Partners prior to applying for the grant to discuss developing training initiatives for workers already involved with or interested in green construction fields.

“Virginia Tech worked with the local community colleges to look at their current construction curriculum,” the employer outreach specialist for CREATES, Jackie Pontious, explains.
Community Housing Partners is then responsible for adding a “green shell” to the curriculum already in place. An example would be a solar energy component added to an electrical engineering course.

The partnership’s trainings are rooted in a collaboration between community colleges, each specializing in a different aspect of green construction. New River Community College in Dublin, Va. concentrates on Wind and Solar Technology training; Virginia Western Community College in Roanoke focuses on energy management training; Wythesville Community College, located in a town with several contractors, is most fit to train in building compliance. Trainees pursue associates degrees and industry certifications in courses ranging from electrical engineering to weatherization fundamentals. The end goal? A job in the clean economy. 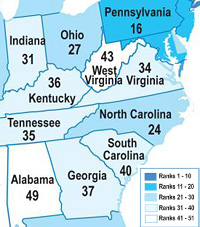 According to the American Council for an Energy-Efficient Economy, Southern states are among the most inefficient in the country.

Pontious identifies employment opportunities for CREATES trainees by meeting with local trade organizations and hosting job fairs with existing green construction firms in southwest Virginia. A CREATES trainee may find work as a weatherization technician with a non-profit like WAMY Community Action, a western North Carolina organization that fights poverty in four counties through grassroots approaches that help people help themselves.

In a recent report, WAMY documented that in the 258 homes they weatherized with support from the Recovery Act, energy costs were reduced by nearly 30 percent annually — a critical difference for families who once spent an average 15 percent of their annual income on energy costs.

But the prolonged success of regional initiatives in the clean economy depends on more than government funding and well-trained workers. Communities suffering from the rising cost of electricity from fossil fuels are also rallying find clean energy solutions.

Rory McIlmoil, a project manager at Downstream Strategies, an environmental consulting firm in Alderson, W.Va., is concerned with the need for economic diversification and intelligent approaches to creating a more energy-efficient future in Appalachian coal regions. Using a grant from the Appalachian Regional Commission, McIlmoil is working with residents of Alderson on a community energy plan to invest in cleaner, more sustainable energy sources and systems.

“My experience in Alderson has proven to me that folks in rural areas are deeply concerned about rising energy costs,” McIlmoil says. “They see the growing impact it has on their disposable income.”

The Alderson plan calls on residents to assist in outlining goals and creating a vision for greening the community, with McIlmoil and Downstream Strategies providing technical support.
“Small towns have small budgets,” says McIlmoil. “But towns like Alderson are a perfect place to focus and plan initiatives. The buildings are aging and utilities costs are rising. There is a lot of opportunity and a willingness on the part of the people and local government.” 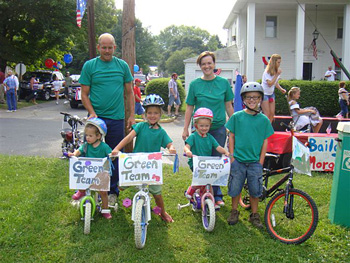 “I see this growth happening pretty rapidly,” he says. But is it going to help save West Virginia’s economy? I don’t know.”

Across the state, Mike McKechnie shares McIlmoil’s sense of urgency. Collaborating with the Williamson, W.Va.-based JOBS Project on a broad initiative called Sustainable Williamson, McKechnie recently began training local residents, some of whom are second- and third-generation coal miners.

“It’s not an accident that we train coal miners,” McKechnie says. “They want their children to learn about solar and energy efficiency. They know it’s the future. The West Virginia coal miner put the nation on the map during the first industrial revolution. They should get a shot at the next one.” 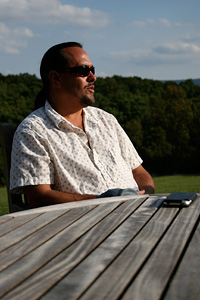 Nick Mullins was a fourth-generation Virginia coal miner before he left the industry for a new life.

“When I graduated high school the highest paying jobs around were coal industry jobs,” Mullins says.

It was after becoming an electrician in the mines that Mullins saw a new side of mining.

“The damage to the economy and the environment lit a fire in me,” Mullins says. “When I saw the high concentration of cancer and my community’s health suffering, I knew it was time to think about a life beyond coal.”

Mullins, now living in Berea, Ky. with his wife and two children, received financial aid from the Kentucky Solar Partnership and, with the help of Eastern Kentucky University, is starting Power Savers, LLC while he pursues other trainings in building performance.

“Efficiency is the quickest, easiest way to save money on energy,” Mullins says. “If we continue on this path, it’s easy to see how we can turn the economy around. But we need to learn how to live more healthy, efficient lives. It’s not just about saving money and the environment. It’s about saving coal miners too.”

With regional initiatives, development and support for green-collar jobs, a more economically and environmentally sustainable future is within reach. A future everyone in Appalachia — and America — can be proud of.