Serena: Historical Fiction with a Taste for Blood (and Timber) 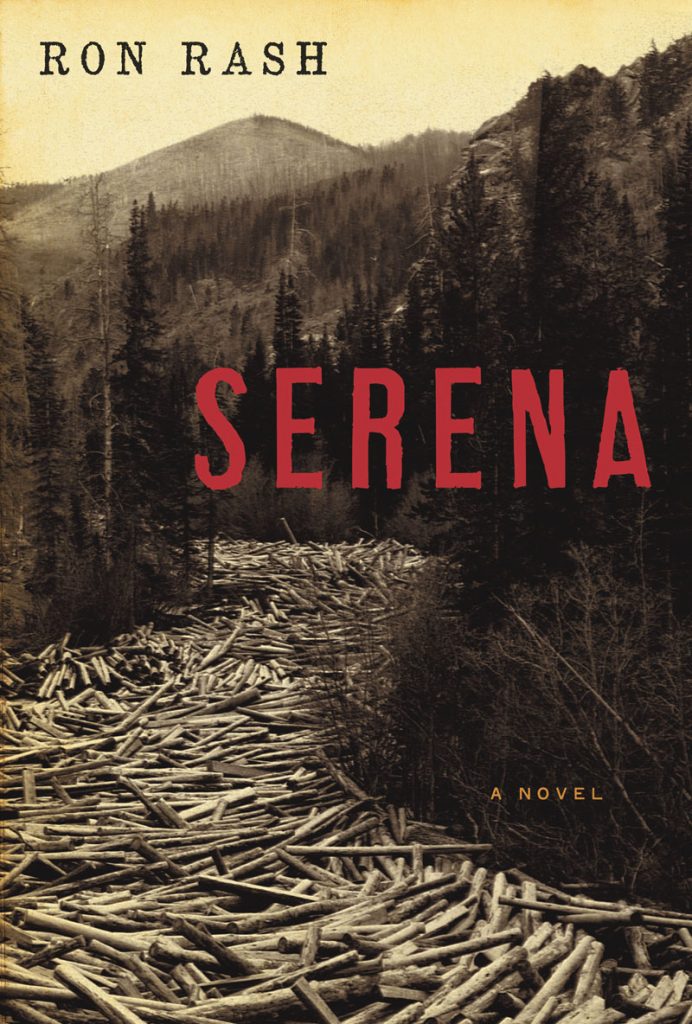 Set in the mountains of North Carolina during the early years of the Great Depression, the landscape of Ron Rash’s “Serena” (Harper Collins, $24.95) is at once familiar and foreign.

Serena is the new bride of timber baron George Pemberton–she is anything but!
Smart, beautiful, and fiercely independent at a time when most women are decidedly not so, in a different novel she might be a likeable character.

Pemberton’s business at the time left no tree standing as a matter of course. So while the mountain ridges and small Appalachian communities could just as soon be set now as then, the denuded slopes remove that timeless quality from the setting and imbue an eerie feeling of iniquity.

The drama of the Pembertons’ timber take-all is countered by the loosely historical sequence of events leading up to the creation of the Great Smoky Mountains National Park, which becomes a welcome doomsday clock of sorts for the Pembertons’ seemingly limitless thirst for natural resources at any cost.

Though at first it seems Serena will play second fiddle to her husband’s ruthlessness—he murders a man in public within the first few pages—she quickly steps up her game. Like the old-growth forests she and her husband are clear-cutting, Serena overtakes the landscape of the novel by eliminating everything around her.

By the end of the novel, Serena is almost a caricature of evil, a sort of Cruella DeVille of timber. And yet, while most of the novel’s events are fictitious, it is always apparent that the timbering actually happened. Perhaps Rash chose his setting and created this character in order to try and imagine a person whose greed and ambition were so great they could justify the destruction of such beauty.

In the end, “Serena” is a drama of passion, greed, ambition, love and betrayal that is more than just a good story, though it is that; it is an evocation of a time, a place and a people and an interrogation of morality and justice.