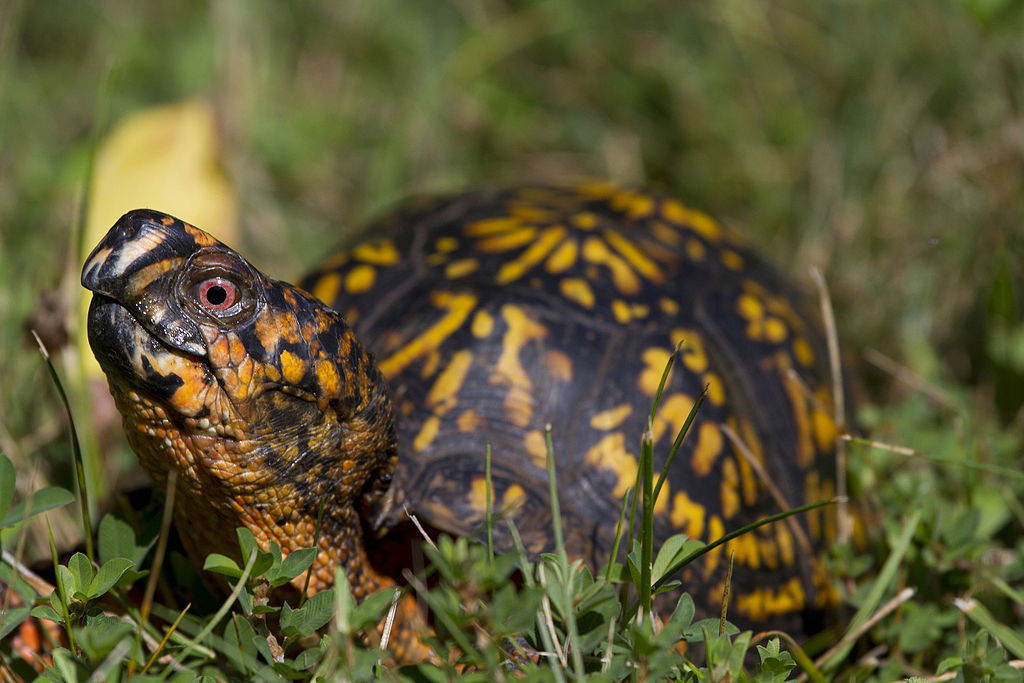 Keeping a box turtle as a pet in Virginia became illegal on July 1. The new policy, which also limits the ownership of common reptiles and amphibians to one per household, is part of a conservation effort by the Virginia Department of Wildlife Resources. The agency’s board passed the new regulation on May 27 in a 10-1 vote.

“Turtles are perhaps the most trafficked major group of invertebrates in the world,” says Kleopfer.

Poachers make “a pretty hefty” amount of money selling box turtles or box turtle eggs overseas to be used in traditional medicines, religious ceremonies or kept as pets, he says.

The new regulations aim to reduce poaching, though Kleopfer says urbanization and development are the primary reason for Virginia’s declining box turtle population over the past 10 years.

Habitat loss and highway mortality are both results of the recent urbanization and development in Virginia. Long periods of construction continue to destroy the natural habitat of the box turtle.

“You can’t talk about turtles and not be talking about land conservation,” Kleopfer says.

The Eastern box turtle can live well beyond 100 years, and many spend their whole lives in less than one square mile of space. Displaced box turtles have trouble navigating back to their home range, which is the 0.5 to 10 acres of land where they forage, nest and enter a period of inactivity similar to hibernation.

Box turtles are commonly seen wandering roads and attempting to cross major highways, and sometimes are struck by oncoming traffic in the process.

Though people might be tempted to rescue them, Kleopfer says box turtles have a much better chance of survival when humans leave them be.

“Moving that animal out of the area after it’s lived there for literally decades is never a good thing; put them back down and let them continue to reproduce and continue their lineage,” Kleopfer says.

He encourages people to take pictures of box turtles in the wild and to participate in various outreach programs that help people connect with wildlife — anything but picking them up and taking them home.

Anyone in violation of the new regulations may be found guilty of a Class 3 misdemeanor and subject to a fine of up to $500, according to Kleopfer.

He stated that the proposed policy had the largest number of comments on any non-game regulation in the history of the agency, with support from agencies like PETA and Turtle Survival Alliance. Kleopfer added that the majority of comments were in favor of the regulation.

The state will use a registration process for people who had box turtles and other native reptiles and amphibians prior to the new regulations. People with certain licenses including survey and exhibitor’s permits should not worry about the new regulation, according to Virginia Herpetological Society President Travis Anthony. The Virginia Herpetological Society is a nonprofit organization focused on the conservation of reptiles and amphibians native to the commonwealth.

The society has not taken a position on the new regulations. Anthony expressed his support of the policy, but still believes more can be done.

“The biggest thing is still habitat loss and fragmentation, and I’ve yet to see any state or federal agency really tackle that in a meaningful way,” Anthony says.