The Unresolved Problem of Abandoned Mine Lands

The cost of reclaiming abandoned mine lands is massive, but the fee that funds cleanup is set to expire 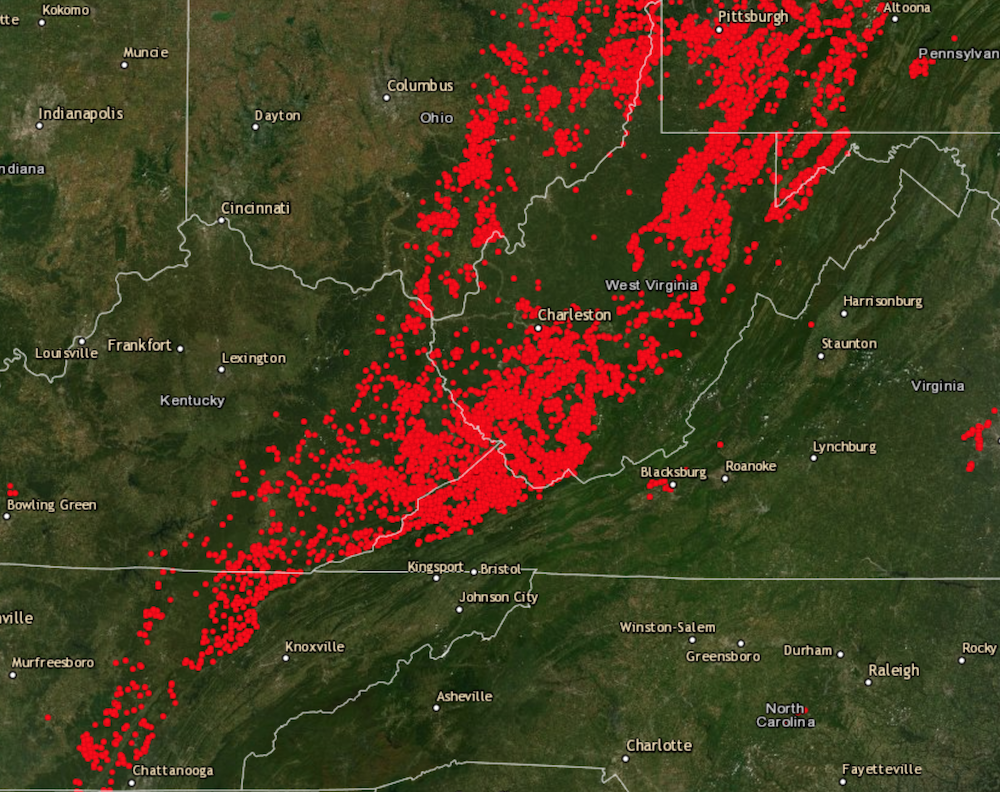 This map shows abandoned mine problems that are included in the federal inventory. Data from OSMRE e-AMLIS, Sept. 24, 2019. Map created by Matt Hepler

The history of coal mining in Appalachia goes back to the late 1700s — and from then until 1977, there was no federal law that ensured coal surface mine reclamation after mining. The 1977 Surface Mining Control and Reclamation Act was far from perfect, but it reduced the risk of companies leaving strip-mined lands without taking steps to restore them. This law also created the Abandoned Mine Land reclamation program to address the mines that companies had already forsaken.

Learn more about abandoned mine lands, including individual AML sites, with interactive maps at appvoices.org/aml-story-map

Over the last four decades, the program has provided $5.7 billion to remediate mine sites that threaten public health and safety, including open mine shafts, highwalls, mine fires, acid mine drainage, erosion and subsidence.

The program is funded by a per-ton fee on coal production so that the industry as a whole takes responsibility for mining’s legacy. Currently, the fee is set to expire in 2021 unless Congress acts to extend it again.

Since 1977, Congress has decreased the fee multiple times, a decline in coal production has reduced revenues, and the fee has never been corrected for inflation. The current fee structure is about 23 percent of what the original would be if adjusted for inflation.

The federal inventory of AML sites accounts for $10.6 billion of unfunded remaining reclamation needs. Due to deficiencies in the federal inventory, however, this estimate is likely very low. There is currently an unspent balance of about $2.3 billion in the AML fund.

The inventory is maintained by the Office of Surface Mining Reclamation and Enforcement and is updated by both states and OSMRE. But not all states have the resources to adequately identify and inventory AML sites. Previously unknown AML sites are discovered on a regular basis, and new AML features like sinkholes can develop over time, so many state inventories continue to grow.

Appalachian states — particularly Pennsylvania and West Virginia — have the greatest number of abandoned coal sites in the inventory. But AML funds are distributed to states and tribes based on current coal production and historical coal production, not how much reclamation is needed. As coal mining decreases, especially in the East, some historic coal states are even less likely to receive adequate funds.