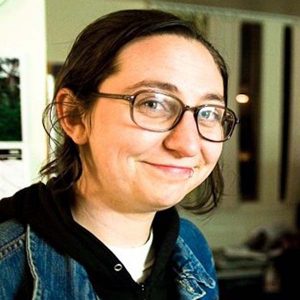 Amidst the economic and social upheaval sweeping through Appalachia, art and media may seem like unexpected tools for approaching the challenges the region faces today. However, through her work with Appalshop — a media and cultural center in Whitesburg, Ky.— Ada Smith has witnessed how creating and sharing stories can empower communities.

As the daughter of two of Appalshop’s founding filmmakers, Smith has a deep-rooted connection to the organization. After receiving a degree in Appalachian Studies from Hampshire College in 2010, she spent three years working as the program coordinator and co-director for Appalachian Media Institute, Appalshop’s youth media training program. Although her role facilitating the program meant that Smith rarely saw herself as a creator, Smith has embraced the AMI vision of “creating a new Appalachian culture.”

Encouraging people to question the circumstances they’ve become accustomed to is a principal function that Smith feels AMI serves. One video demonstrating the program’s ability to influence dialogue for change is “Because of Oxycontin,” which presents the personal stories of Oxycontin addicts to depict the drug’s devastation. According to Smith, the youth-produced video helped spark the ongoing policy debate regarding the marketing and overprescription of Oxycontin in the region.

Smith was working to engage the community on critical issues in Appalachia even before her employment with AMI. In response to the exodus of youth leaving the region for opportunities elsewhere, Smith and three others formed The STAY Project in 2008. Short for Stay Together Appalachian Youth, the project connects rising Appalachian leaders for a four-day summer institute of social and environmental justice workshops. By encouraging youth to demand change in their communities, Smith explains, STAY empowers youth to remain in Appalachia as active participants.

In August 2013, Smith was appointed Appalshop’s institutional development director to champion the value of the organization’s work and to develop events and partnerships enhancing fundraising. She also continues to be an active participant in The STAY Project. “Media and art makes people look at things differently, it makes them value themselves and their culture differently,” Smith says, “and without that encouragement for people to reevaluate their situation, it’s not apparent how we’re going to create a new economy.”