“The pandemic has underscored our need for a democratic and fair energy system. With more local control, we can put community needs like affordable clean energy, worker protections, and a healthy environment above utility profits.” — Brianna Knisley, Appalachian Voices Tennessee Field Coordinator

Since defeating Duke Energy’s effort to rewrite utility regulations in fall 2019, Appalachian Voices and our partners have been united against the monopoly’s plans to raise rates and hijack North Carolina’s energy transition. We’ve also called on decision-makers to extend and enforce bans on utility shut-offs to protect families throughout the pandemic.

For much of 2020, we were at the table with key allies, state agencies, local governments, and industry to explore paths to achieve carbon neutrality in North Carolina’s electricity sector by 2050. We lifted up policies that will equitably reduce emissions and programs that will ensure all North Carolinians benefit from a clean energy transition.

Pressing for Public Utility Reform In The Tennessee Valley 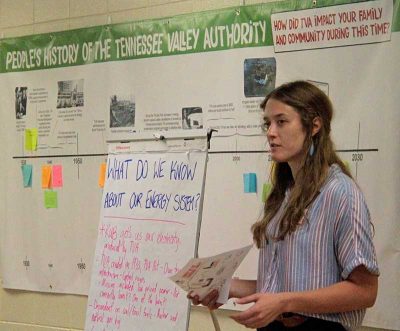 After a year of collecting community input on the Tennessee Valley’s energy future, last spring we published “The People’s Vision for a Democratic, Just and Green TVA,” which promotes broader access to clean energy and lays out pathways to necessary change.

We promoted community-led recommendations for the 2023 closure of TVA’s Bull Run coal plant, prompting the utility to withdraw applications for new coal ash storage at the site. In August, we sued TVA for locking local power companies into never-ending contracts that restrict their ability to provide cheaper, cleaner electricity to their customers.

In Tennessee, too, we developed resources and advocated for stronger protections for families during the pandemic, stressing TVA’s responsibility as the country’s largest public power provider. Soon after the election, we assembled a broad coalition of environmental, labor, and social justice allies to call on President Biden to lead on TVA reform. 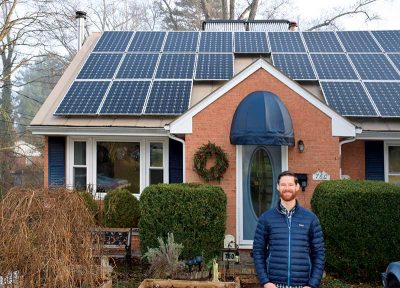 After moving our community engagement online, we continued to host Energy Democracy Tour events virtually to build awareness of ways to make Virginia’s energy transition fairer and more inclusive. To that end, we promoted policies during the 2021 legislative session to stabilize energy costs and put commonsense limits on Dominion’s power.

Those reforms passed the state House of Delegates with bipartisan support and the backing of environmental and economic justice organizations. But utility allies on a key Senate committee voted them down, underscoring the need for accountability and the political will to break Dominion’s grip on Virginia’s energy policy.