“We need a federal program to ensure the communities that have powered our nation will benefit from the transition to a 21st-century economy—and it has to start from the ground up.” — Adam Wells, Appalachian Voices Regional Director of Community and Economic Development

Demands for a just economic transition are echoing in coal-impacted communities across the country. In the lead-up to last year’s election, we coordinated with allies from far-flung regions whose fates have been tied to fossil fuels. Our coalition launched the National Economic Transition Platform last summer to send a unified message to federal decision-makers about the immediate need for policy solutions to build stronger economies for the region.

Following months of close engagement, the White House is heeding our call. Several of the platform’s recommendations—from prioritizing mine land cleanup to expanding renewable energy and energy efficiency—are prominent in the Biden administration’s American Jobs Plan, which promises unprecedented investments in climate solutions and an economy that leaves no community behind.

President Biden also signaled his commitment to a just transition in January when he established a working group of top agency officials dedicated to revitalizing coal communities. We’re engaging closely with the new working group to promote policies that are consistent with Appalachian Voices’ vision. 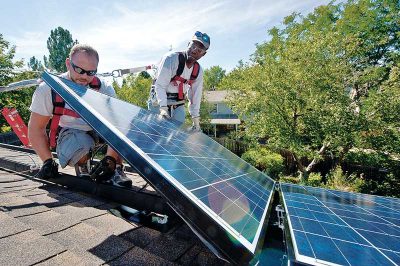 It has been a standout year in our work to solidify clean energy as a cornerstone in Southwest Virginia’s post-coal economy. For two years running, we’ve secured passage of our top solar policy priorities in the Virginia General Assembly, including the Solar Freedom Act, which removed longstanding barriers to distributed solar for residents, schools, and businesses that deserve access to clean energy and its benefits.

To make the most of our policy success, we launched a unique three-year partnership last September with Virginia-based solar developer Secure Futures that will result in local jobs and at least 10 megawatts of new solar capacity in Virginia’s coal-bearing counties.

When it comes to Southwest Virginia’s clean energy potential, we’re thinking much bigger. At the beginning of 2021, we passed the Brightfields Act, which encourages the construction of large-scale solar projects on former surface mines, and we launched a collaborative project to help local manufacturing companies tap into booming clean energy markets. 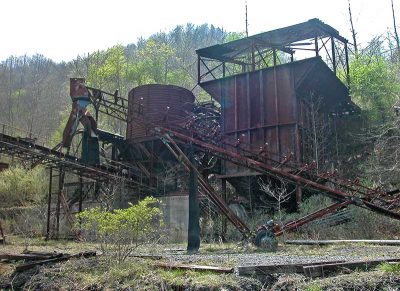 We’ve profiled projects like these in our reports with the Reclaiming Appalachia Coalition, which is assisting local governments and community groups to bring their creative visions for long-abandoned mines to fruition. Meanwhile, we’ve never been closer to motivating Congress to carve out far more resources for mine land restoration and the economic opportunity it can create.

Last July, we secured passage of the RECLAIM Act through the U.S. House of Representatives after years of building public and political support. The bill, which would accelerate the distribution of $1 billion for economically beneficial reclamation, was re-introduced in Congress this March, days before the Biden administration prioritized cleaning up abandoned mines as part of the American Jobs Plan.