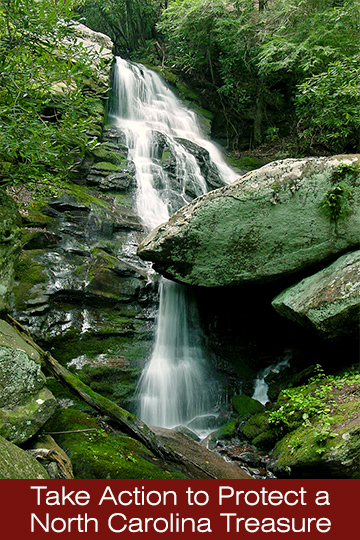 In 1964, Congress passed the Wilderness Act to protect some of America’s most precious natural areas and ensure that increasing population and mechanization would not degrade or alter the entire landscape.

More than 50 years later, less than a third of one percent of North Carolina’s land area has actually been protected as wilderness. To put that number into perspective, if North Carolina were a 1,500 square-foot house, the amount of land we have set aside as wilderness would be smaller than a linen closet.

Right now, the U.S. Forest Service is revising its plan for the Pisgah and Nantahala National Forests and we need your help to ensure that more of North Carolina’s most beloved natural treasures — such as Lost Cove and Harper Creek — are protected as wilderness.

The U.S. Forest Service has asked for comments by Dec. 15 to help in their decision making of how to manage NC’s national forests for the next 15 years. There are two ways you can take action to ensure that these areas are protected from timber companies and other extractive industries.