As the sun rises behind the long southern ridges of Grandfather Mountain, the undulating trill of a winter ween bursts suddenly from somewhere beneath the forest canopy. Just as suddenly, the forest returns to silence. Almost silence… Silence except for the rhythmic chatter of a nearby stream, and the soft rustle of poplar leaves, and the occasional distant thumping of an amorous ruffed grouse, or the silvery splash of a brook trout feeding on the morning hatch of mayflies. 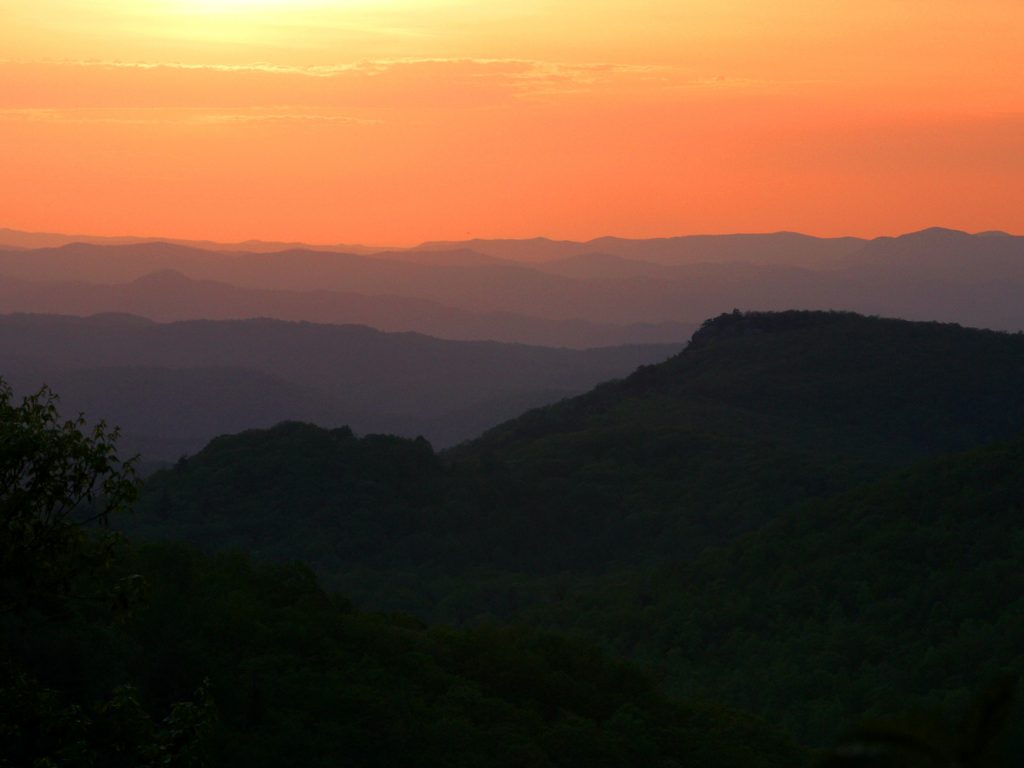 Welcome to Lost Cove and Harper Creek, where the rhythms and cycles of nature continue as they have for millennia. It is a place where families can still see and explore a world where the forces of nature reign supreme; where children still go swimming in natural swimming holes on a hot summer day, or learn to fish for trout in cool, unpolluted streams; where hikers and hunters still find the quiet solitude of nature – a sanctuary from their otherwise crowded and busy lives.

Lost Cove and Harper Creek are two of the last remaining wild areas that have escaped the rapid development of North Carolina’s High Country. They are national treasures in our own backyard, but their future remains uncertain.

The U.S. Forest Service is currently working on a 15-year Nantahala and Pisgah Forest Plan. Among the considerations are changing the designation of these two areas to remove the Wilderness Study area, which would potentially open these pristine spots to logging or other potentially damaging activities. A final decision is anticipated for the end of 2017.

Lost Cove and Harper Creek consist of 12,850 acres of roadless National Forest land in Avery and Caldwell counties in western North Carolina. These areas are popular with both local residents and tourists for hiking, camping, fishing, hunting, horseback riding and many other purposes. One of the wildest and most scenic portions of North Carolina’s Mountains to Sea Trail runs through these areas. 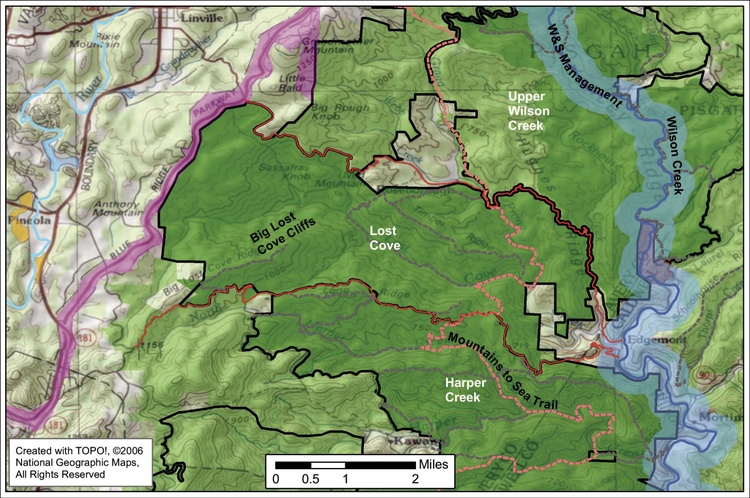 All told, there are more than 35 miles of hiking and horse trails in Lost Cove / Harper Creek, many with stunning mountain views and vistas that look far across the Piedmont. There are few better places in all of the Appalachians to appreciate the splendid colors of fall foliage or a beautiful mountain sunrise. The easy access to these areas by road also means that favorite trails, waterfalls, fishing holes and hunting spots can be accessed within a day’s hike. 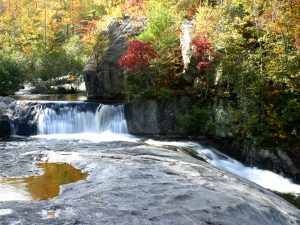 The streams in this area run into Wilson Creek, one of our region’s few federally-designated Wild and Scenic rivers. The waters run cool and clean because their headwaters are protected from road building and logging. Native populations of Brook, Brown and Rainbow Trout still thrive in both Harper Creek and Lost Cove Creek. The creeks, as they cascade down the steep slopes to the Piedmont create some of our region’s most beautiful waterfalls. The area is also abundant with game, such as White-tailed Deer, Turkey and Grouse, and is on the Audubon Society’s list of Important Bird Areas for the diversity of native birds that reside in the broad expanses of mature forest.

1964 – Congress passes the Wilderness Act, making the U.S. the first country in the world to actually define wilderness as a resource with these prescient words: “In order to assure that an increasing population, accompanied by expanding settlement and growing mechanization, does not occupy and modify all areas within the United States and its possessions, leaving no lands designated for preservation and protection in their natural condition, it is hereby declared to be the policy of the Congress to secure for the American people of present and future generations the benefits of an enduring resource of wilderness.”

1984 – Both Lost Cove and Harper Creek are designated as Wilderness Study Areas by an act of Congress. Congress recognizes that these areas have outstanding wilderness potential, but refrain from a wilderness designation because traces of uranium were recently found in the Harper Creek Area. Although it turned out that there was not enough uranium to mine in Lost Cove and Harper Creek, it would still take a second act of Congress to designate these areas as Wilderness

1987 – The U.S. Forest Service recommends Lost Cove and Harper Creek for wilderness designation in the revisions of the Pisgah National Forest Management Plan.

1990 – Congressman Cass Ballenger (R-10th NC) first introduces a wilderness bill for these areas in his district. The bill is entitled the Western North Carolina Wilderness Protection Act. The bill is introduced at the end of the session and passes in the House of Representatives, but does not have sufficient time to pass the Senate.

1991 – Congressman Cass Ballenger reintroduces the Western North Carolina Wilderness Protection Act for a second time. In his statements on the floor of the House, Congressman Ballenger states, “I grew up in the mountains of North Carolina, and have a real appreciation for the natural resources and the beauty that the western part of our State has to offer. I want to ensure that future generations, including my own grandchildren, will have the opportunity to enjoy these resources and beauty just as I have. I urge your support of the Western North Carolina Wilderness Protection Act.” The bill passes the House but dies in committee in the Senate.

1993 – Congressman Ballenger introduces the Western North Carolina Wilderness Protection Act for a third time. In his statements on the floor of the House, Congressman Ballenger states, “Lost Cove and Harper Creek would be a welcome addition to the small wilderness in North Carolina…. It is unique in that it contains black bear sanctuaries and native trout populations. Additionally, this beautiful wilderness is surrounded by Forest Service roads, making it easily accessible to tourists and residents who want to hunt, fish, camp, and hike. This land warrants our protection for generations to come. The growing demand for wilderness recreation, coupled with the need to preserve the rich biological diversity of the southern Appalachian Mountains, makes legislative action imperative.” Once again, the bill easily passes through the House, but dies in committee in the Senate.