Our Energy Savings team is working to bring affordable financing for residential energy efficiency to rural electric cooperatives in western North Carolina — and the rest of the state. Here in the mountains, we are reaching out to residents, as well as community service agencies, energy efficiency businesses and key decision-makers in service areas of four electric membership corporations (EMCs) — Blue Ridge, Surry-Yadkin, French Broad and Rutherford — to generate support for energy efficiency finance programs.

Appalachian Voices’ “Energy Savings for Appalachia” campaign began as a response to the availability of increased federal funding for inclusive energy efficiency programs at rural electric cooperatives. After several years of promoting these essential programs to co-op leadership and educating members about the opportunity, it became clear that members both want and need more decision-making power in order to implement programs and policies that benefit their community and protect local ecosystems.

Members of electric co-ops are often unaware of what it means to be a member and of the resources that could be utilized by their co-ops. Transparent, two-way communication between members and leadership is often lacking, resulting in poor or uninformed decision making at the leadership level.

The Energy Savings for Appalachia campaign seeks to advance our goal of making modern day electric cooperatives more responsive to their members and democratic in their decision making by: 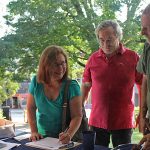 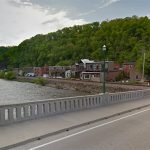 We are working in the French Broad Electric Membership Cooperative’s four-county area to generate support among members and encourage the co-op to expand its current low-interest on-bill financing program to include weatherization and other energy efficiency improvements. 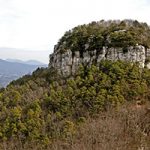 Surry-Yadkin Electric Membership Cooperative offers a rebate and other incentives to encourage its customers to save money, but has no financing program for energy efficiency improvements. We are working to generate support for an on-bill financing program for residents of the counties served by the co-op.

After generating momentum in other co-op service areas, we will be launching a community outreach effort in 2017 focused on generating support for on-bill financing among communities served by Rutherford Electric Membership Corp. Stay tuned for more and contact us to get involved.