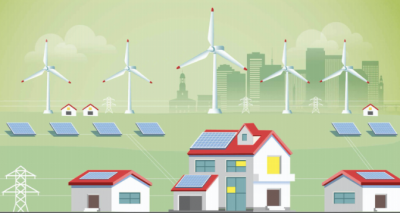 Energy Democracy means ensuring that communities can make decisions about how and where the power they rely on is produced, as well as how much that power costs. It’s about establishing an energy system that is resilient, clean and affordable for all people. As an electric consumer, you should be able to influence:

Sounds utopian, right? Well, it is … and it isn’t.

Communities around the world are fighting for control over their energy system and making Energy Democracy a reality!

This summer, we held a series of workshops to showcase where and how communities are fighting for Energy Democracy in the Southeast. Check out recordings from our series to learn what’s working for people from near and far who are striving to develop an energy system that serves the public interest.

Energy Democracy in Action I

How Communities are Gaining Control Over HOW Power is Produced

This event featured community efforts to develop shared solar and microgrids to increase access to clean and affordable energy for all people. We were joined by speakers from the Tennessee Solar Energy Industry Association, the Solar Energy Storage Association of Puerto Rico and from the Stella Group in Virginia.

How Communities are Gaining Control Over WHERE Power is Produced

This event featured community efforts to develop solar on abandoned mine lands in Central Appalachia, to build a resiliency hub in the City of Petersburg and the on-going fight to protect communities from fracked-gas pipelines and compressor stations across the Southeast.We were joined by speakers from Downstream Strategies, the Virginia Environmental Justice Collaborative and the Chesapeake Bay Foundation.

How Communities are Gaining Control Over HOW MUCH Power Costs


This event featured Community Climate Collaborative’s effort to understand energy affordability in a central Virginia city, an opportunity for people to use “green banking” to finance energy efficiency improvements and solar panels for their homes and efforts to reform how electric rates are set to begin with.