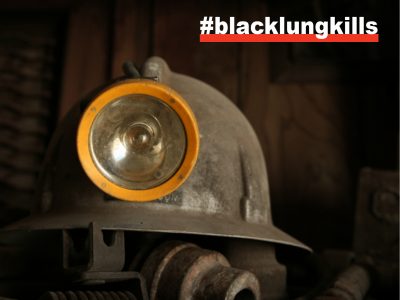 Black lung disease is a deadly, debilitating condition that makes it harder, and eventually impossible, for people affected to breathe.

It’s caused by inhaling coal dust, and even though coal jobs have been declining since the early 2000s, black lung disease is on the rise. Today, one in 10 current or former coal miners in the nation who have spent 25 years or more working underground suffer from black lung. In Central Appalachia, that number is one in five — the highest recorded rate in 25 years. The disease is also impacting younger miners with fewer years on the job than ever before.

Coal companies are required to cover healthcare and a benefit stipend for former miners disabled by black lung. When the company responsible for a miner’s disease has gone bankrupt or can’t be identified, the federal Black Lung Disability Trust Fund provides these essential benefits to miners and their families.

The trust fund is financed by a per-ton excise tax on coal companies. But that fund is already billions in debt, and Congress allowed the excise tax to be in half at the end of 2018. This would cause the Black Lung Disability Trust Fund’s debt to skyrocket even more, putting miners’ benefits in jeopardy.

Towns in Central Appalachia are mobilizing to protect the fund. So far, the Virginia towns of Big Stone Gap, Dungannon, Haysi and Pennington Gap have joined Benham, Ky., in passing local resolutions urging lawmakers to sustain the fund and the coal excise tax that supports it.

In September, nearly 40 residents of Central Appalachia traveled to Washington, D.C.,to speak with members of Congress about the plight of their neighbors, friends, family members and others with black lung disease. During this trip, Virginia residents hand-delivered local town resolutions in support of the fund to Rep. Morgan Griffith and Sen. Mark Warner.

Read more about the rise in black lung, how the benefit system works (and doesn’t), and the community resolutions to protect the fund in “Battling for Black Lung Benefits.” 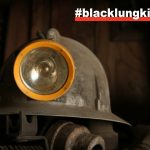 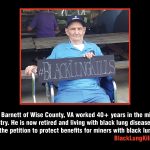 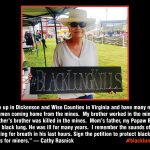 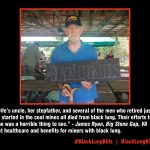 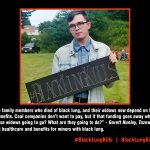 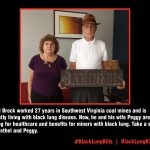 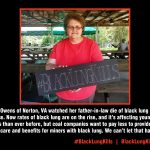 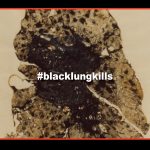 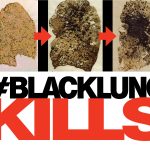 Do you have a story to share, or are you interested in speaking with your local or federal representatives about this issue? Email Appalachian Voices Central Appalachian Field Coordinator Willie Dodson at willie@appvoices.org or call our Norton, Va., office at (276) 679-1691.