Miners with black lung call on Congress to protect benefits 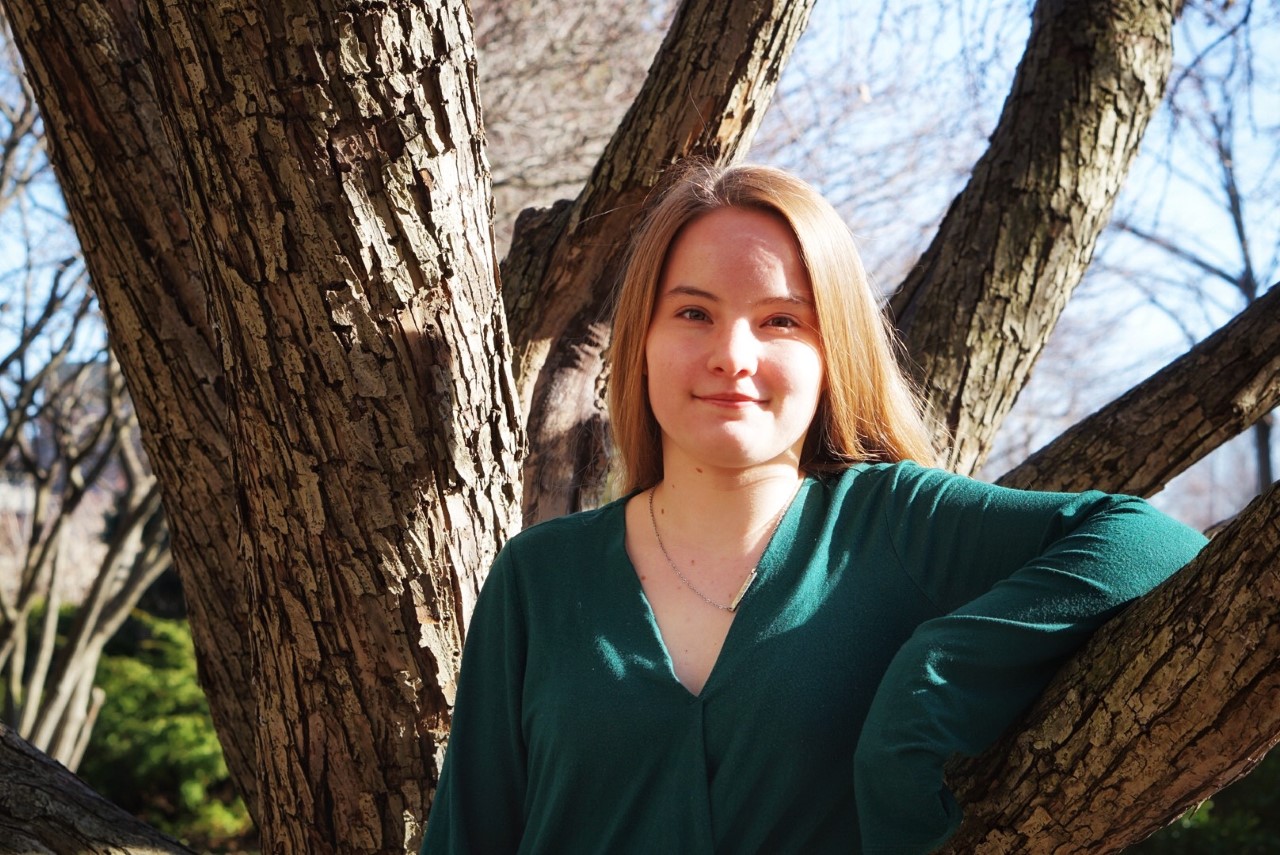 “Everything I do, I gotta pace myself,” explained Gary Hairston during an August webinar on black lung disease. “Just the small stuff I used to do. I’d like to be able to do stuff with my grandson but I ain’t got the wind to do it.”

Hairston, who is president of the National Black Lung Association, stopped working at 48 after contracting black lung disease while working underground. Black lung is caused by inhaling coal and rock dust while working in and around coal mines. Hairston and the other speakers featured in the webinar want to see a 25% increase in a tax paid by coal companies in order to fully fund medical care and disability benefits for miners.

Miners who are disabled with black lung are entitled to disability benefits, and the payment of medical costs related to the disease. Under the 1972 Black Lung Benefits Act, a miner’s former employer is required to provide these entitlements. But if that company has gone bankrupt, benefits and medical care are provided through the federal Black Lung Disability Trust Fund, which is financed by an excise tax paid by coal companies.

However, as Appalachian Voices’ Willie Dodson explained, the long-standing inadequacy of the excise tax rate, a rash of coal bankruptcies, and a recent rise in the disease have put the trust fund deeply in debt, so the tax must be raised by 25% in order to cover all its costs. The alternative, Dodson warned, is buoying the fund with taxpayer dollars while coal companies evade responsibility for black lung.

Currently, the only black lung excise tax bill before Congress comes from Sen. Bernie Sanders, I-Vt. The End Polluter Welfare Act of 2021, which Sanders first proposed in April, would raise the black lung excise tax by 25%, guaranteeing the fund’s solvency through at least 2050, according to figures from the Government Accountability Office. 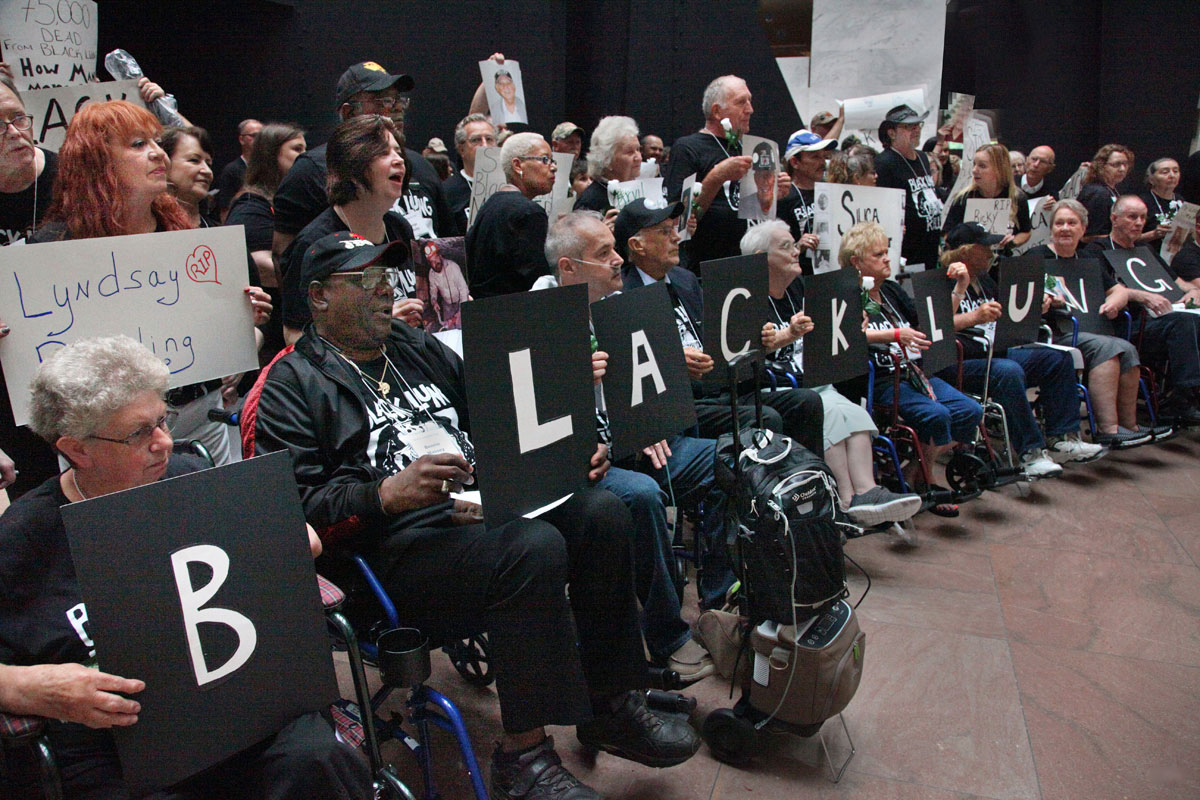 Miners with black lung disease and their supporters in Washington DC in 2019.

In addition to advocating for an increase in the excise tax, Kentucky-based Appalachian Citizens’ Law Center is currently petitioning the Mine Safety and Health Administration to strengthen regulations intended to protect miners from exposure to silica dust, a primary cause of black lung.

“Since around 2014, we have represented more than 100 miners who are younger and sicker than ever before,” ACLC’s Rebecca Shelton said during the webinar. “And there’s a clear link between silica dust and this form of the disease.” Shelton displayed data demonstrating that black lung cases—especially severe cases—are increasing throughout the country and have been over the past several years, with particular prevalence in Central Appalachia.

Silica dust is produced when miners cut into the rock surrounding coal seams in order to access the coal. Now that thinner coal seams are being mined, miners are cutting more rock and being exposed to more silica dust, especially in Appalachia.

Vonda Robinson, vice president of the National Black Lung Association, put it this way: “the gravy’s gone … it’s all rock.” Breathing in these tiny rock particles can damage the lungs quickly and more severely than coal dust alone, which is causing even young miners to show signs of progressive disease. Like Gary Hairston, Vonda Robinson’s husband John had to leave the mines in his 40s due to the disease, well before most people would expect to end their careers.

Advocates hope that with the support of the public, the 25% tax increase might gain some traction politically.

Vonda Robinson’s comments closed out the webinar. She spoke to the power and camaraderie of the organizations hosting the webinar — National Black Lung Association, Appalachian Voices, and Appalachian Citizens’ Law Center — and others who support miners with black lung. “We have a great group and we can do something to make some noise to see if we can’t maybe shake ‘em in Washington, D.C. to let ‘em see that we need help,” she said.

A full recording of the webinar can be found here.

These benefits can be difficult to obtain, as they currently require a lengthy claims process where the burden of proof is on the miner to show that they have been totally disabled—or on their surviving spouses to show that black lung contributed to the miner’s death. Even if a miner’s claim is initially approved by the Department of Labor, coal companies can repeatedly appeal the decision. If you are seeking to file a black lung benefits claim, contact a clinic near you. Most black lung clinics employ claims counselors, who can provide assistance and guidance through the process, and who can help you access diagnostic services. A list of black lung clinics can be found here.