At the end of May, Tennessee Gov. Bill Lee signed a bill that would give the state the ability to regulate its coal mining program for the first time in decades, despite an unprecedented decline in the industry. The bill is a boon for coal operators in Tennessee and contains provisions that would put state taxpayers on the hook to essentially subsidize the industry, while opening the door for poor mine cleanup.

For the last 30-plus years, the federal Office of Surface Mining Reclamation and Enforcement has regulated coal mining in Tennessee. This made Tennessee one of the few states that did not have “primacy,” or regulatory control over its own surface mining program. SB742/HB90 allows Tennessee to regulate coal mining within the state if OSMRE approves the program. But the need for this bill is questionable given the state of the coal industry. 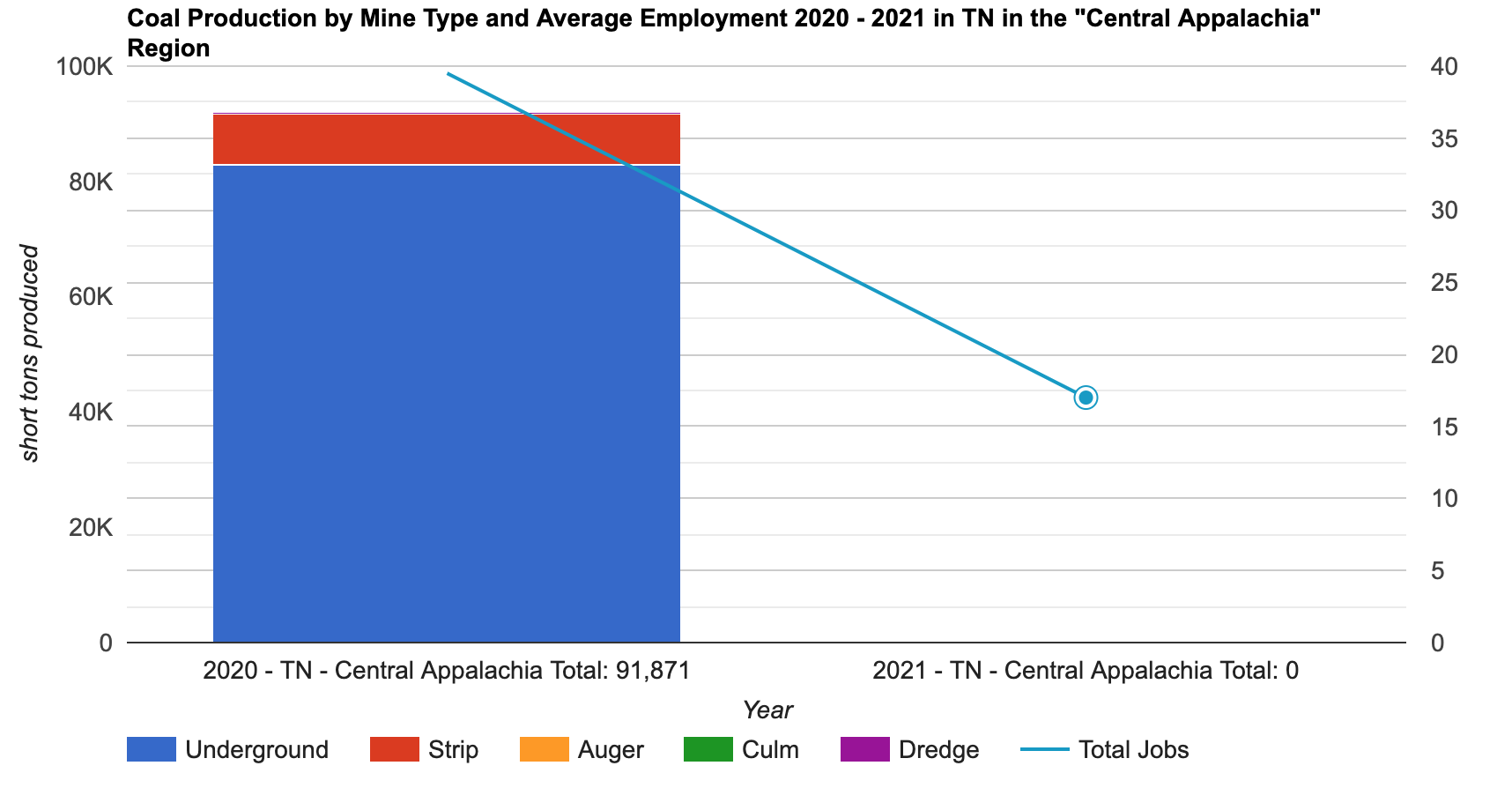 Graph shows coal production by mine type and average employment in Tennessee in 2020 and 2021. Production fell from about 92,000 short tons of coal in 2020 to zero in 2021, and jobs fell from 40 to 17. Data from MSHA, chart produced by Open Source Coal. View the interactive version.

Tennessee mines have not produced any coal for the past four consecutive quarters and, with no coal being produced, one has to wonder what the logic is behind choosing to regulate the coal program now. Supporters of the bill argued that lack of primacy is the thing that is slowing down the industry and coal production in the state to begin with. However, this argument is not particularly strong given that we see the same economic downturn in other nearby states that have primacy.

On April 25, 2018, Tennessee enacted a bill directing the Tennessee Department of Environment and Conservation to begin the process of establishing primacy. SB 686 included a provision requiring that the primacy program be revenue-neutral and not cost the state money — in other words, the program was supposed to be self-sufficient. However, due to the decline in the industry, the agency’s own estimates show that this program would cost Tennessee approximately $817,000 per year to implement, falling well short of the original self-sufficiency requirement.

This year’s primacy bills passed the state House and Senate in a somewhat unusual manner. The original bill was very sparse in text, and was essentially a placeholder bill. In the final weeks of the legislative session, legislators amended the placeholder into a very large bill that spelled out the details of the program. Once amended, the self-sufficiency requirement was no longer part of the text, which allowed the program to sail through the Tennessee House and Senate. The federal Office of Surface Mining Reclamation and Enforcement will still need to approve the program.

Earlier in the year, Appalachian Voices, in partnership with Sierra Club, Statewide Organization for Community Empowerment, Defenders of Wildlife, Tennessee Clean Water Network and several other grassroots organizations, joined in a coalition known as the Tennessee Primacy Watchdogs in an effort to defeat the bill. We are now working to convince OSMRE not to approve the program established by this unnecessary legislation.

Given the state and region’s current coal decline, it is difficult to imagine why they would choose to implement a program at this time. In the past year, there has been an uptick in water quality violations among Tennessee coal mines, particularly for a lack of reporting water data. Furthermore, Appalachian Voices has recently learned that there are more than 20 mines currently in bond forfeiture in Tennessee, meaning that regulators are forcing coal companies to surrender their reclamation bonds so that the government can use that money to clean up the sites since the coal companies are failing to do so. Some companies have forfeited the entirety of their operations, including Middlesboro Mining, Revelation Energy, Crossville Coal and Green Pilgrim.

It is not just the timing of the primacy legislation that is concerning. The state-run program would also allow for a type of mine reclamation bonding known as “self-bonding.” This type of bonding is problematic as it takes a “too big to fail approach” to reclamation and essentially allows a coal company to claim that they have the resources to cover the costs of mine cleanup even if the company goes bankrupt or walks away, instead of requiring the coal company to post actual funds to cover the costs of reclamation. The neighboring state of Virginia ended self-bonding in 2014, but its prior use created a problem that still threatens to cost taxpayers more than $100 million in mine cleanup costs. Self-bonding opens the door for large mine abandonment problems, at a time when coal is in serious decline. 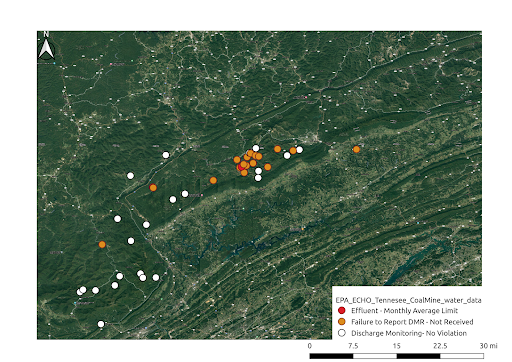 Another troubling provision of the program is the low bar set for entry into the Small Operator Assistance program. Any operator that produces less than 300,000 tons of coal annually could apply to the state for help with several very expensive aspects of mine permits such as geologic drilling analysis and archaeological impacts. While the 300,000 ton number is also used in states like West Virginia, in Tennessee the use of this number is problematic as only one operator in the past 10 years has exceeded this number. This opens the door for the state to cover the cost for several portions of the mining applications for almost all mine applicants.

This bill as written is a huge giveaway to coal operators in Tennessee, essentially subsidizing mining in Tennessee and potentially allowing for loopholes that will ultimately result in poor reclamation. It is bad for the state, and the Tennessee Primacy Watchdogs will continue to oppose the process and highlight the deficiencies of the new state program.