This op-ed by Appalachian Voices’ North Carolina Field Coordinator Josh McClenney was published by the News & Observer on July 25, 2021. 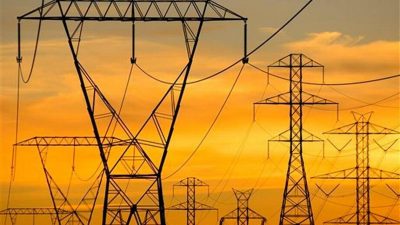 As someone who does environmental work, I often feel the least like an environmentalist. I didn’t get into environmental and energy work to save endangered species or fragile ecosystems, but because of people.

Low-income families, despite using less energy, often pay disproportionally more of their income to keep the lights on. They are the ones most at risk of losing power when the increasingly frequent hurricanes and tropical storms batter our coast and rural communities. I got into advocacy work because fighting for affordable, cleaner electricity as a basic human right not only means a healthier natural world, but also healthier and more resilient communities.

There are times when environmental and clean energy advocates have neglected human impact — the ways that energy, affordable housing, public health and the basic ability to live a dignified life intersect. Too many families in North Carolina are energy burdened, paying disproportionately high amounts of their income towards their monthly electric bill. For far too many people, decisions about whether to cool their home or buy basic medication, for example, is a constant struggle.

House Bill 951, the legislation that Duke Energy and Republican lawmakers have crafted in secret for the better part of six months, is a horrific piece of public policy. It sets up a process where Duke can recoup its cost for merely applying for a permit for new nuclear technology — $50 million — from families and small businesses. In determining rates, it gives Duke more room to overcharge, taking too much money from those same people with little accountability or oversight. A similar policy in Virginia led to Dominion Energy overcharging customers $502 million over three years.

HB 951 gives more power and authority to a corporation that has often fought tooth and nail to resist accountability, and it erodes the authority from the very entity, the North Carolina Utilities Commission, tasked with doing that job.

I want to address upfront the likely critique that I’m opposed to any increase in costs for customers. Yes, making homes more energy efficient, developing distributed energy resources such as rooftop solar, and moving away from a system that punishes the poor for being unable to afford their bills will cost money, but the benefits of these improvements are indisputable and far outweigh the costs. What I am against is a fairly transparent attempt to line the pockets of already wealthy investors while forcing the rest of us to foot the bill.

This is nothing new. It’s the latest attempt from an investor-owned utility to play judge, jury and executioner, attempting to preside over the very system from which it stands to gain. We’ve seen Duke overcharge customers in rate cases. We’ve watched it lobby against the public interest. We’ve endured it polluting our water and air. HB 951 is not the first time we’ve seen the North Carolina Republican party and House Speaker Tim Moore force through votes under cover of darkness. It’s to be expected of Duke Energy and a group of legislators who often run roughshod over the democratic process.

Duke Energy has predictably played a slick PR game, honing its talking points about addressing the climate crisis, affordability and reliability, But HB 951 belies those pronouncements. Duke’s attempt to mandate new natural gas generation is a dangerous bet hedged against meeting our climate goals and, along with other provisions in the bill, will directly harm the most vulnerable among us by raising already unaffordable bills on countless customers. You will pay more. Duke will get more. Over the past year, Duke, its state executives and CEO Lynn Good herself have acknowledged the need for change. It’s a need nearly every legislator andGov. Roy Cooper have called for. Instead of working towards that change, Duke has chosen to chart its own course towards furthering its profits by overcharging the families and businesses it purports to serve.

Legislators must reject HB 951. North Carolinians should be furious (they are). Duke and the bill’s sponsors should be ashamed (they aren’t). It is our job, my job, to fight like hell to stop the bill.

Josh McClenney is the North Carolina field coordinator with the Energy Democracy Program of the nonprofit Appalachian Voices.