Molly Moore, our Editorial Communications Coordinator, contributed to this blog. 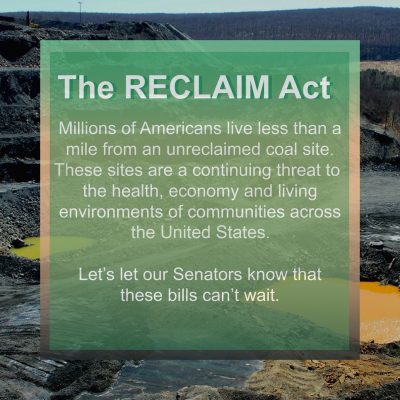 This week, advocates from across the country in coal-impacted communities are participating in a Week of Action to call on the U.S. Senate to help fund reclamation projects on abandoned coal mine lands by taking action on two bills that recently passed the U.S. House of Representatives.

For decades, bright orange, toxic water has gushed into Sunday Creek in Corning, Ohio. A Kentucky resident frets that it’s not safe for local kids to play in the woods near his home due to open mine portals. A family in Dante, Virginia worries about the unstable former mine slope above their house every time a torrential rain hits the valley. A coal mine fire has burned in the abandoned town of Centralia, Pennsylvania, for nearly 60 years.

These sites, and thousands like them, are left over from coal mining operations that companies abandoned prior to the passage of the 1977 Surface Mine Control and Reclamation Act. The law established minimum requirements for coal companies to repair damages to land and water going forward. To address the massive backlog of abandoned mine land (AML) problems, lawmakers instituted a per-ton fee (the AML Fee) on new coal production and directed that fee toward cleanup of existing sites 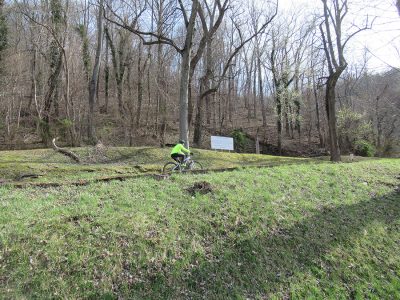 But many more abandoned mine sites remain. Every day, these sites are jeopardizing human health and safety, along with our air and water, and impede economic development in coal-impacted communities that are dealing with the decline of the coal industry. According to the Office of Surface Mining Control and Reclamation, there is at least $9.7 billion in remaining abandoned mine costs, and only $2.3 billion left in the fund. The $9.7 billion only represents AML features known to OSMRE that present immediate threats to public health and safety, and thus is an underrepresentation of the need.

The AML fee that funds cleanup is set to expire in 2021. Unless Congress reauthorizes the fee for the federal Abandoned Mine Lands Program (referred to as AML Reauthorization), the situation will only worsen. 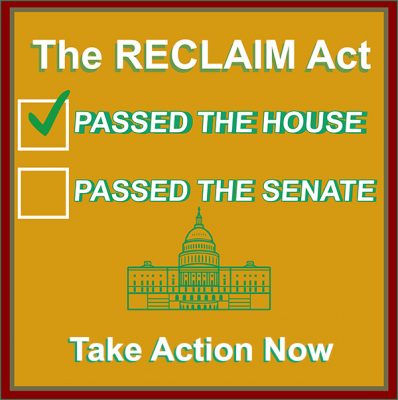 Advocates have been pushing for years for Congress to pass the RECLAIM Act, which would create a more permanent reclamation and economic development program and commit $1 billion from the AML Fund to help clean up dangerous and polluting abandoned coal mines on public and private lands. The funds would strategically reclaim sites on public and private lands that are linked to an ongoing or future economic or community development project on the site or surrounding area in agriculture, renewable energy, recreational tourism, wildlife habitat, and other industry sectors. These locations could serve as long-term economic opportunities to create permanent local jobs, helping to lay a foundation for economic development and diversification in communities affected by the declining coal industry.

On July 2, the U.S. House of Representatives passed both the RECLAIM Act and AML Reauthorization as part of H.R. 2, The Moving Forward Act. Now it is up to the Senate to take up these important bills and help ensure that these decades-old abandoned mine problems are finally reclaimed.

Unfortunately Republican Senate Majority Leader Mitch McConnell of Kentucky indicated he would not bring H.R. 2 to a vote because it incorporates many other provisions not supported by Senate Republicans or President Trump. But that doesn’t mean that the bipartisan initiatives shouldn’t be given full consideration by the Senate.

Certainly, coal executives and lobbyists will argue that they shouldn’t fund cleanup of mine lands that other companies abandoned. And they are correct that regulators should have held the original companies responsible or forbidden them from mining and creating these problems in the first place. But that didn’t happen, and for decades since, communities near former mine sites have had to deal with the consequences. These communities have shouldered too much of the burden already. The authors of the 1977 law were correct in calling for the coal industry to pay for its legacy.

Join us in sending a letter to your senators or calling 1 888 454-0483 and urging them to pass the RECLAIM Act and AML Reauthorization now.