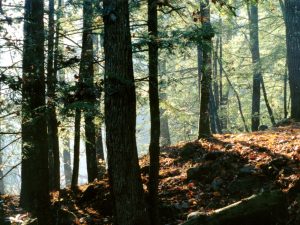 In 1964, Congress passed the Wilderness Act, a law that provided protections for some of America’s most precious natural areas. It was passed to ensure that increasing population and mechanization would not degrade or alter the entire landscape, leaving no lands protected in their natural condition.

But today, more than 50 years after the Wilderness Act was signed into law, less than a third of one percent of North Carolina’s land area has been protected as wilderness. To put that number into perspective, if North Carolina were a 1,500 square-foot house, the amount of land we have set aside as wilderness would be smaller than a linen closet.

Right now, the US. Forest Service is revising its plan for the Pisgah and Nantahala National Forests and we need your help to ensure that more of North Carolina’s most beloved natural treasures are protected as wilderness.

Please join us in asking the U.S. Forest Service to recommend Harper Creek and Lost Cove for wilderness designation in the Nantahala-Pisgah National Forest Plan Revision. 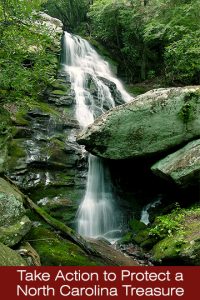 According to the Wilderness Act:

“A wilderness, in contrast with those areas where man and his own works dominate the landscape, is hereby recognized as an area where the earth and its community of life are untrammeled by man, where man himself is a visitor who does not remain.”

There are few places in North Carolina more fitting of that description than Lost Cove and Harper Creek, two roadless areas in the Pisgah National Forest just south of Grandfather Mountain that are among the most popular backcountry recreation destinations near Boone, Blowing Rock, Banner Elk, Morganton, Lenoir and Hickory.

These areas were protected as “Wilderness Study Areas” by Congress in 1984 and have been recommended for wilderness designation by the U.S. Forest Service since 1987.

Unfortunately, timber companies and other extractive industries have long sought to remove protections for Lost Cove and Harper Creek. While we support other recreational uses of our forests, there are ways to do that without the risk of allowing extractive industries access to these areas.