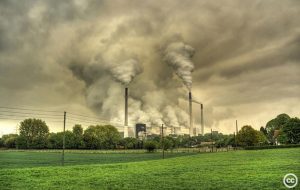 The EPA’s plan to regulate carbon pollution from existing power plants sends a strong signal that America is ready to act on climate. Photo licensed under Creative Commons

The highly anticipated plan is “part of the ongoing story of energy progress in America,” McCarthy said in a rousing speech that covered the host of risks, and opportunities, that come with a changing climate. Not neglecting the significant role coal and natural gas will continue to play in America’s power sector, McCarthy said the plan “paves a more certain path forward for conventional fuels in a carbon constrained world.”

The rule provides states flexibility to meet required reductions — a framework the McCarthy says makes the plan “ambitious but also achievable.” It will likely lead to an increased reliance on less carbon-intensive fuels than coal, including natural gas and nuclear energy, which McCarthy mentioned several times during the announcement. But it should also be a precursor to unprecedented investments in clean energy, deployment of renewable energy sources and the adoption of programs to significantly improve energy efficiency nationwide.

Every American city, town and community stands to benefit from cutting carbon pollution, and Appalachia and the Southeast have abundant opportunities to move beyond both a historical over-reliance on coal, and the destructive methods used to extract it.

“Appalachia has traditionally borne the brunt of the damage from the nation’s coal-dependent economy and is suffering the health impacts and environmental and economic devastation of mountaintop removal coal mining and related industrial practices,” said Appalachian Voices Executive Director Tom Cormons.

“Energy efficiency is the quickest, cheapest and most equitable way to meet our energy needs while reducing carbon, and it’s a tremendous unexploited opportunity in the Southeast,” Cormons said. “Strong efficiency programs will also boost economic prosperity, creating thousands of jobs. This is especially important in many parts of Appalachia where good jobs are scarce, and lower household incomes preclude too many from the benefits an energy-efficient home.” 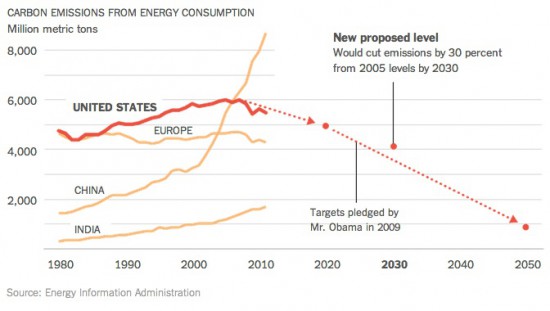 Opposition to the plan will be fierce. You’ve probably noticed that some of coal’s staunchest supporters, the National Mining Association and the U.S. Chamber of Commerce, for example, are already attempting to take the EPA to task for what they say will harm the economy and make little more than a dent in carbon emissions on a global scale.

The EPA is sure to be challenged in court. Luckily, the rule’s legality, in a broad sense, is almost as unambiguous as the science that compelled the Obama administration to take action in the first place.

Tell the EPA you support a strong rule to boost clean energy and cut carbon pollution.

In 2007, the U.S. Supreme Court ruled that the EPA has the authority to treat greenhouse gases as dangerous pollutants, enabling it to use the Clean Air Act to place limits on them. Then, in 2011, the high court issued a ruling in American Electric Power v. Connecticut that essentially requires the EPA to regulate carbon pollution from power plants.

Even Congress, albeit a past session, deserves a bit of credit. It was the enactment of the 1990 Clean Air Act amendments that gave the federal government the authority, and the responsibility, to regulate pollutants that it has determined endanger public health and welfare. So

Overall, carbon emissions in the U.S. have declined since peaking in 2007 due to many factors including an economic slump, greater energy efficiency and a growing share of electricity generation coming from natural gas, falling about 12 percent between 2005 and 2012, before climbing 2 percent last year.

But we’re still dumping billions of tons of the greenhouse gas into the atmosphere. And until a rule for existing plants is implemented, the nation’s fleet of more than 600 coal-fired facilities will face no cap on carbon pollution. Today’s announcement sends a strong signal that America is ready to act on climate.