Saying “No!” to Toxins in Our Water 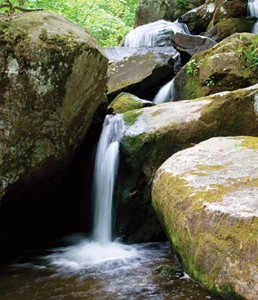 The U.S. Environmental Protection Agency has made a troubling decision that bodes ill for Kentuckians — and maybe for other citizens in Appalachia as well. The agency is letting Kentucky change how it measures toxic selenium pollution from mountaintop removal coal mines, using data from fish tissue rather than straightforward water quality samples from streams.

The new method is so complicated and fraught with pitfalls as to be virtually unenforceable. And it effectively shuts out concerned citizens from exercising their right under federal law to take legal action to defend their community’s watershed. The EPA’s action could also open the door to weakening of the standard in other states like Virginia and West Virginia.

Appalachian Voices works with citizens throughout the region to expose water pollution from mountaintop removal mining, and we’ve been advocating for strong state standards to control this dangerous pollutant. We are pushing back on the EPA’s decision on Kentucky, and we’re ready to hit the ground to fight for responsible, enforceable standards in other states.

And now we have fortifications for that work! It is my pleasure to introduce three new staff members to the Appalachian Voices team: Amy Adams, Ann League and Kara Dodson. Each brings her own unique spirit, professionalism, talent and strong sense of justice to our mission.

Amy, who left the beleaguered N.C. Department of Environment and Natural Resources this fall to join our staff, brings a wealth of experience and perspective to head our North Carolina campaign. Ann, whose home in Tennessee was threatened by the massive Zeb Mountain coal mine, has been deeply engaged in the campaign to end mountaintop removal and will head up our work in that state. And Kara, a dedicated and passionate community organizer, has hit the ground running as our first-ever Field Coordinator. [ Read more about these three fantastic additions ]

The influx of their combined energy and enthusiasm has already brought a tremendous boost to the organization, with much more to come!