Now, with even *more* Chattanooga!

Happy Tuesday! A whole mess of Appalachian Voices’ staff spent most of last week and the weekend at the Society of Environmental Journalists conference in one of the greatest cities in America — Chattanooga, Tenn.

The Scenic City, has the world’s fastest internet, the first LEED-Platinum certified factory at the award-winning Volkswagen plant, an aggressive energy efficiency plan for metro facilities and ranks as one of Outside Magazine’s “ best places to live.”

We’re the only city with our own crowd-sourced typeface, home of the world’s second longest pedestrian bridge, two great aquariums, a zoo, some fantastic art museums, great restaurants, and pretty soon, a downtown trampoline park.

This weekend, Chattanooga concurrently hosted the SEJ conference, the excellent Three Sisters Bluegrass festival, and the “River Rocks” festival. You can catch the block party finale on October 12. Did I mention I watched Michael Jordan play baseball against the Chattanooga Lookouts at historic Engel Stadium? Anyway, the point is that Chattanooga is incredible, and we were honored to play such an integral role in the conference. 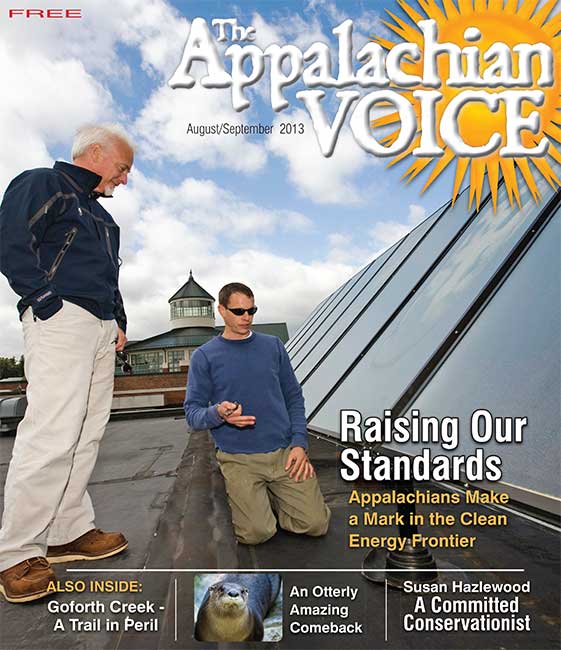 Most of the Voice team was at the SEJ Conference, including our Senior Communications Coordinator Jamie Goodman, who said:

Chattanooga was the perfect place to host SEJ this year. I found it to be a city striving to make a difference, embracing the future rather than fighting to stay in the past, while also faced with environmental concerns beyond it’s control, including a river challenged by a nuclear power plant, a massive electric dam and invasive species. As for the conference itself, SEJ always draws a particular breed of journalist striving to move beyond the drudgery of everyday reporting and mainstream stories to convey news that has a true potential to change the world.

Most everyone I met at the conference, had heard of Appalachian Voices. They would say “Oh, you’re the ones who have that cool Google earth website about mountaintop removal,” and “Didn’t you post those awesome pictures from the Kingston coal ash disaster?” and “I love your newspaper, read it all the time.”

For those who hadn’t heard of us, it was a great opportunity to introduce Appalachian Voices to writers, bloggers, broadcasters, reporters and others. Given the focus of this national conference on energy and sustainability trends in the U.S., it’s clear that our work is more important than ever. 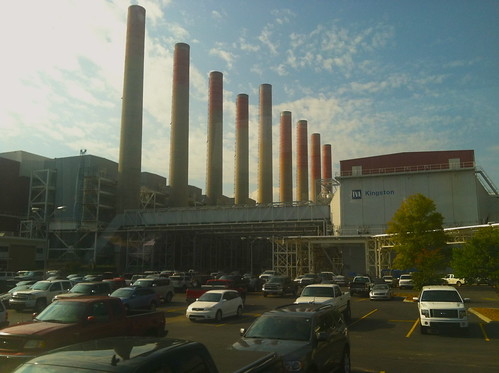 I was fortunate enough to speak to a busload of 40 or so journalists who took a day to tour TVA’s Kingston coal plant and coal ash disaster site. It was a really amazing experience, having grown up nearby and having been on site just a few days after the disaster in 2008. Plus, despite having done this work for almost 10 years, I had never had the pleasure of a guided tour of a coal plant. It was a great chance to learn from some of the folks who work there year-round (even though the plant was idled at the time), and there is nothing quite like standing in the middle of one of the control rooms at a power station.

Speaking of progress in our region, there is good news to report. Firstly, TVA has sent out their first Green Power Switch newsletter, reporting that the Green Power Switch program is the ranked second among similar solar programs behind Sacramento. 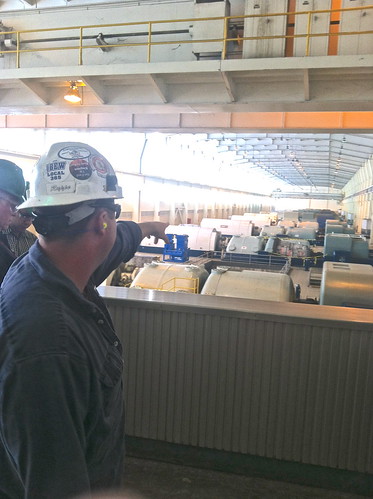 Meanwhile, Platts and others are reporting that TVA has severely curtailed their use of Central Appalachian coal, including coal from mountaintop removal mines. Appalachian Voices has urged TVA to move in this direction for the last two years. You can see a presentation from the Coal Institute here, which includes summaries of TVA’s portfolio, including coal consumption by source basin.

Another reason TVA is relying less on coal in general is because 2013 has been a record year for hydroelectric generation.

And lastly, please check out this amazing MetroPulse article about coal mining on the Cumberland Plateau. It is one of the best and most thorough articles I’ve seen on the realities and difficulties facing mining communities in the Volunteer State, and features many of our friends, including Carol Judy and Vickie Terry.