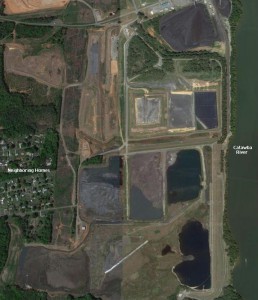 Last month, more than 150,000 people across the country submitted comments to the U.S. Environmental Protection Agency, encouraging the agency to adopt strong regulations for the toxic waste water produced by coal-burning power plants.

The comments were submitted to the EPA after the agency proposed an update of the rules under the Clean Water Act last April. The proposed steam electric effluent limitation guidelines, or ELG rules, have the potential to protect more than 23,000 miles of waterways from up to 5.3 billion tons of toxic waste water a year.

The EPA’s rules for coal waste water have not been updated since 1982, and since four out of five power plants have no limits on the levels of heavy metals they can dump into rivers and lakes, the new rules could provide hundreds of thousands of concerned citizens with peace of mind.

Among those who submitted comments are people who live near coal-fired power plants, concerned about how water pollution may be impacting their drinking water and their local waterways.

Carl Dale Beck, a concerned citizen from Belmont, N.C., currently lives in the shadow of Duke Energy’s G.G. Allen Steam Station.His home neighbors active coal waste storage areas and a retired coal ash pond sits across the street from his house.Like many in the area, Beck’s water comes from a private well which could be contaminated by toxins from the coal waste seeping into the groundwater.

“The first thing I do every morning is drink some water,” Beck says. “I am deeply concerned about how many dangerous chemicals and metals I am taking into my body. With what water I drink, I feel that I am increasing the chances of eventual bodily harm.”

Beck’s fears are not unfounded. Coal ash is laden with toxicants including arsenic, mercury, lead, chromium, selenium and boron.According to Physicians for Social Responsibility, “coal ash toxics have the potential to injure all of the major organ systems, damage physical health and development, and even contribute to mortality.”

Not only is there potential for the coal ash waste water to contaminate groundwater, but G.G. Allen’s current waste water permit allows the facility to discharge into the Catawba River without regards to the toxic chemicals that may be present in the effluent, excepting iron and copper.

Beck wrote to the EPA encouraging them to adopt the strongest version of the ELG rule which could provide incentive for Duke Energy to switch to dry storage of waste, create a leachate collection system, and remove the wet impoundment entirely.

“If you have a cancerous tumor in your body,” writes Beck, “the only way to save your life is to remove the tumor.I feel like the coal ash waste pond across the road from my house is like a cancerous tumor and needs to be removed and put into a lined storage area.”

Wayne Watkins, a Vietnam veteran, lives near Duke Energy’s Belews Creek Steam Station in Pine Hall, N.C. Watkins is originally from the area, and moved back in 1994 to live in the house his grandfather built.

When he first arrived back home, Watkins was excited to catch his own dinner from Belews Lake right behind his home. However, he began to worry when he started seeing fish that appeared deformed, their bodies twisted. 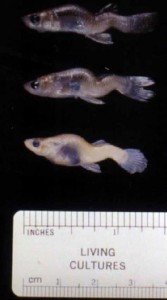 Watkins was not aware of the selenium poisoning that occurred from the Belews Steam Station’s discharge of toxic waste water directly into Belews Lake from 1974 to 1985. During that time, the lake became so toxic that 18 of its 20 fish species went extinct. Watkins also gets his water from a private well and is concerned about how the power plant may be impacting his health.

“I began to start talking to other people about it, and it seemed like a lot of folks were nervous about eating the fish they catch at Belews Lake. I know a lot of people that have eaten the fish in the past and it makes me angry to think they and I have been harmed in some way.”

Susan Fischer lives in south Asheville, about a quarter of a mile from the coal ash impoundment at Duke’s Asheville Steam Station. While she is on municipal water supply, she is concerned that the current waste water permit for the coal-fired utility allows it to discharge directly into the French Broad with few limits on what heavy metals the waste water may contain.

“Clean water is an economic boost for us in Northwest North Carolina in particular,” writes Fischer, “The French Broad River brings in a lot of income to our area, with lots of boaters and kayakers who love the river.We have worked hard to clean the river up … are we going to be made to spend more money to clean up after Duke Energy?They should be required to use the best technology to keep their waste out of water.”

If the strongest proposed regulatory options pass, it will cost power companies less than one percent of their revenue to protect the nation’s waterways from the toxic waste water which, according to the EPA, accounts for 60 percent of all the water pollution in the country.

“I will never forget the day when my dad told us,” writes Fischer to the EPA, “‘Don’t worry about oil; we can always find different modes of transportation that will move us around. Water is what you children will be concerned about. You cannot live without water.’”