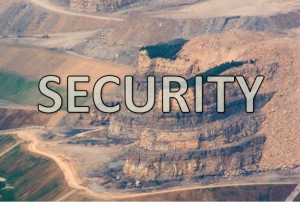 While coal is in perpetual decline, more than one-third of America’s electricity still comes from the fossil fuel. It is on this premise that supporters of mountaintop removal stand when arguing that the practice is necessary for our nation’s energy security. But in order to go from that first point to their conclusion anyone arguing for mountaintop removal has to ignore quite a few facts along the way.

“Energy security,” in this case, is a somewhat vague term. An unrealistic argument indicates that, without mining coal in the U.S., we’ll be without electricity. A more realistic argument states that if we don’t mine coal in the U.S., we’ll have to buy coal from other countries like Russia or China. In either case, the argument is based on a potent concoction of misinformation and fear tactics.

If that amount of fuel were completely eliminated, other forms of electricity – most likely natural gas at this point – could quickly take its place. The lights would stay on. It is also likely that without mountaintop removal mining, coal companies would continue to produce the same amount of coal they do today.

The amount of coal the industry mines is not dictated by how much they can acquire but by how much they can sell. They have no interest in spending money to mine coal that will just sit in a stockyard. Demand for coal has been decreasing, especially domestically for years, and coal companies have responded by mining less coal. If mountaintop removal were banned, companies would still mine approximately the same amount of coal, coal prices would not see major changes, and there would be no big shipments of Chinese coal. 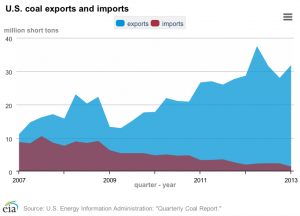 The U.S. exports up to 20 times the amount of coal that it imports. And exports from mountaintop removal mines have increased in the past few years.

Right now the U.S. does not import much coal at all. Last year, we exported a record amount of coal. And in the first quarter of 2013 the U.S. imported 1.4 million short tons of coal compared to the 31.8 million short tons we exported. In other words, this country exports about 20 times as much as we import.

Destroying the Appalachian mountains to mine coal cheaply has nothing to do with providing energy security to Americans. It has nothing to do with providing jobs, boosting the economy or anything else that is good for Appalachia or the rest of the country. The purpose is, and has always been, to line the pockets of coal executives and shareholders who hunger for increased profits no matter the cost. Politicians who say differently are lying.