Protecting Tennessee’s mountains? Not worth the Senate’s time. 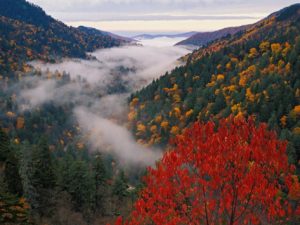 Despite broad citizen and political support for a bill protecting Tennessee’s mountains, the state Senate Energy, Agriculture and Natural Resources Committee today decided to not even allow public testimony on the measure and instead killed the bill.

SB99, the Scenic Vistas Protection Act, was slated to be heard by the committee during its usual meeting time at 9:30 (CST) this morning. The bill would prohibit mountaintop removal coal mining from ridges above 2,000 feet on the Cumberland Plateau.

Along with our good friend Ann League, a resident and property owner in Tennessee’s coal-bearing region, I had been scheduled to testify before the committee. But just as we were called up to speak, the chairman stopped us short. Several Members had left the room, and when none of the committee members offered a motion on the bill, the Chairman declared the bill dead, and we were not allowed to speak.

Despite the fact that Tennesseans from the left, right and center, and from a broad array of interests have come together to protect our mountains, our voices were silenced.

Instead, the senators chose to side with the coal industry whose political influence has long outlasted its ability to grow jobs in our state or protect the health and well-being of citizens in the coal region.

Two senators who have generally supported mountain protection, Ophelia Ford and Jim Summerville, didn’t come to the meeting, and a third, Charlotte Burks, who has voted for the bill in the past, left.

Update: We’ve posted my prepared statement here, and a powerful speech by Representative Gloria Johnson (D-Knoxville) here. The news has been picked up by outlets worldwide including Chinese television, Switzerland, Singapore, Businessweek, NBC News in states from coast-to-coast, and in dozens of outlets across Tennessee. Local blog Nooga.Com has a great summary