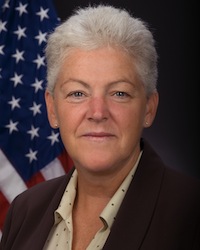 President Obama today announced the nomination of Gina McCarthy as the U.S. Environmental Protection Agency administrator, replacing Lisa Jackson who served throughout the president’s first term. McCarthy is currently the assistant administrator for the EPA’s Office of Air and Radiation.

“From the Romney statehouse to the Obama EPA, Gina McCarthy’s approach to environmental problems and solutions rises above partisan politics — which is exactly where this conversation needs to take place as the U.S. grapples with the immensely challenging issues affecting the nation’s natural resources upon which our economy, health and future rely.