Despite Positive PR for Duke Energy, Our Water is Still at Risk 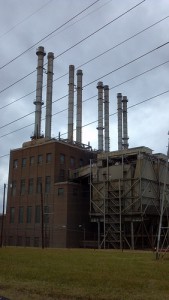 Duke Energy announced it would retire the Riverbend Power Plant in April, two years ahead of schedule. A good headline, but water is still being put at risk.

Don’t like what people are saying about you? Change the conversation!

Duke Energy has gotten a ton of mileage for their decision to retire or convert some of their older, more inefficient power plants in the Tarheel State. It’s environmentally-friendly after all – recycling news stories!

And you can create a whole new news story by moving your timeline. Duke Energy announced today they will be retiring their octogenarian coal plants, Riverbend in Gaston County and Buck in Rowan County this April, nearly two years ahead of schedule.

And while we are happy that Mountain Island Lake and the Yadkin River will be suffering from less pollution from toxic heavy metals like arsenic, selenium, chromium and so on, could it be that Duke Energy is trying to distract from the PR crisis they are currently facing around their leaking coal ash impoundments?

Like the fact that Western North Carolina Alliance intends to pursue legal action against Progress Energy for not complying with the Clean Water Act and allowing illegal discharges into the French Broad River. Or that the Catawba Riverkeeper has documented seeps into Mountain Island Lake, Charlotte’s drinking water supply, and Lake Wylie. Or how about that the Cape Fear Riverkeeper is reporting high arsenic levels in groundwater near well water supplies at the Sutton plant in Wilmington.

On top of that, Duke University scientists publishing reports that seem to back up many of these claims. So while Duke’s announcement is indeed good news for water, we need to continue to hold Duke and Progress accountable. There is more to be done.