Editor’s Note: As part of the launch of the “No More Excuses” campaign on iLoveMountains.org, we asked people whose lives have been directly impacted by mountaintop removal coal mining to contribute their thoughts on why President Obama should make ending mountaintop removal a priority in his second term.

The first in the series is a reflection by Nick Mullins, who was born and raised in southwestern Virginia and, until recently, worked at an underground coal mine there. Nick is now studying at Berea College in eastern Kentucky and blogs on the web site he created, The Thoughtful Coal Miner. 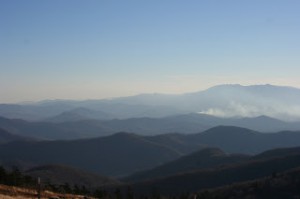 What are the Appalachian Mountains? Are they simply huge mounds of dirt and rock covered by forests? Are they containers for vast resources of energy and wealth? To my family — who have called the Appalachian Mountains home for ten generations — the mountains are much, much more. The mountains are our life, our heritage and our happiness. They are our shelters, our providers of clean water. They are a place where community and being a neighbor is more than just living beside someone.

Unfortunately, there are also those who see our mountains only as a source of wealth, rather than as part of our homes and our culture. They see them as obstacles to profit, and the people of Appalachia as the labor resource to harvest it.

Every day more blasts are detonated and more miles of freshwater streams are destroyed by mountaintop removal mining operations in the mountains where I was raised. The clean water that families once depended upon is now and forever stained and polluted.

I always wanted my children to grow up as I had: close to the forests, away from crime and amongst friends and family living in a community that believes giving is better than receiving. But like many who grew up in Appalachia, I eventually fell victim to the belief that coal mining was the only way to earn a decent wage. Like my father, grandfathers, and great grandfather, I took a job working in an underground mine and hoped to feel at least some pride in my work. Sadly, I found that the pride and heritage of the Appalachian coal miner had been twisted and skewed, so much that men had become greedy, selfish and even willing to let their homes be destroyed in exchange for a large paycheck.

The problem is that those who reap the profits off our mountains have no respect for the people of Appalachia. The stereotype of the poor, backward, Appalachian hillbilly is used by the industry to make us seem somehow less valued as people. Therefore our homes, our mountains and fresh water resources become less important too. For instance, the coal industry’s response to a study showing high rates of birth defects in counties with mountaintop removal mining was: “The study failed to account for consanguinity, one of the most prominent sources of birth defects…”

Blaming birth defects in coal counties on consanguinity, which is the scientific term for “inbreeding,” is not only inaccurate according to research showing that inbreeding is no higher in Appalachia than in other parts of the country, but it exemplifies the wanton disrespect that these wealthy industrialists hold for the Appalachian people. It is yet another mold, cast of prejudice, designed to increase the expendability of our lives and land. 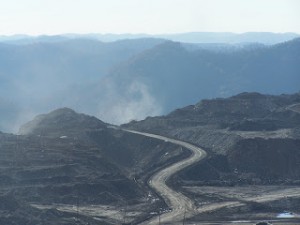 To add to such injustice, the industry spends millions on organizations to convince the coal miner and his family that all is well and that they are cared for by the industry. They preach that the coal miner’s livelihood and heritage is threatened not by their own destructive practices, but by a “War on Coal” that is supposedly perpetrated by ruthless and corrupt politicians backed by environmental “Greeniacs.”

Coal industry funded organizations such as “Coal Mining Our Future” and Coalfield Education Resource and Development, Inc. (CEDAR) teach our children that coal and coal mining will be the only option for life in the mountains. Children are made to feel pride for the profession, some of which drop out of high school to work in the coal mines and enjoy the lifestyle a high wage allows.

All the while more explosives level more mountains and destroy more water sources, decimating the future health and livelihoods of generations to come.

Many Appalachian people fail to see that the coal industry needs two resources to make a profit — coal and coal miners. They fail to see that industry officials are always working to ensure easy access to both resources in ways that decrease their overhead and increase their profits. Production is their almighty goal and they do not care if it takes pushing men to the brink of their own destruction as we saw at Upper Big Branch mine only two years ago.

Change must come to Appalachia before it is too late, and change can come. Future generations of Appalachia are not destined to work in the coal mines and run equipment that destroys the land as we do today. 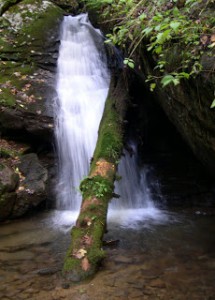 In the 1990s, before coal prices rebounded and the coal industry fired back up, great progress was made towards diversifying our economy. Money was spent on bringing in technology jobs, building and rebuilding infrastructure, and attracting tourism. Today, that has slowed to a trickle with the influx of high paying coal jobs and those dollars were repurposed to train more coal miners, even though those jobs will not last within the cyclical nature of the coal industry.

It is time to take to take steps toward a better future, to turn Appalachia into the pinnacle of reconstruction. It is time to bring Appalachia to the forefront of technology and education. It is time to remind the people that they are not destined for the choice of either poverty and drug abuse or the paychecks and destroyed health that comes from mining coal.

There is life left in the mountains, there is heritage and culture to be found. For God’s sake let’s do something to preserve them and move ourselves forward!