A Summer of Resistance: Civil Disobedience and the Barriers to Progress 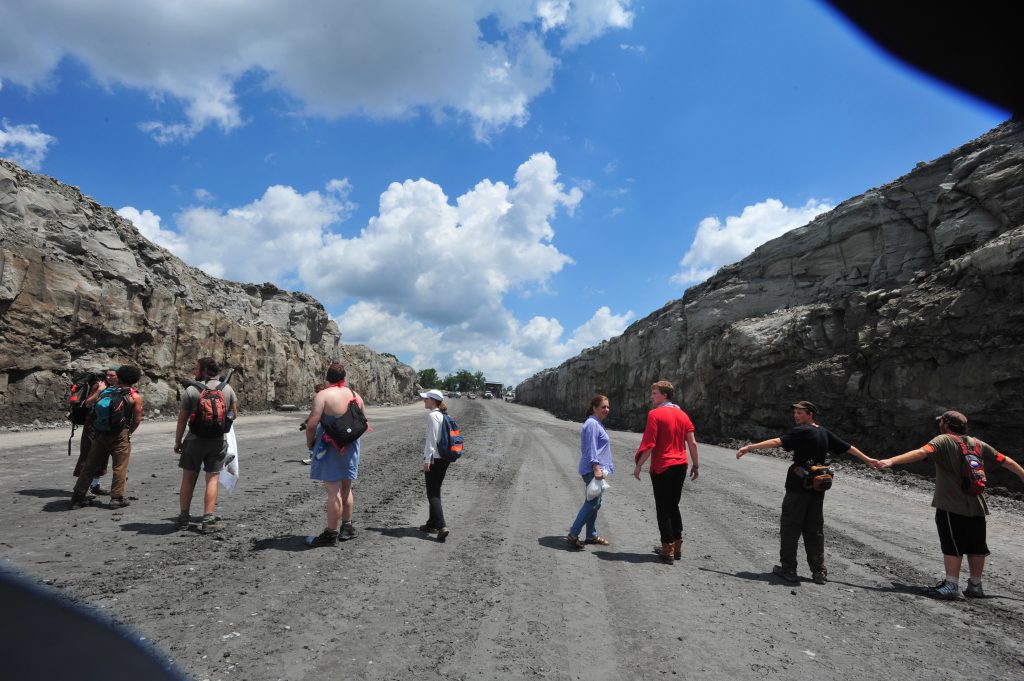 On July 28, an action planned and carried out by RAMPS — or Radical Action for Mountain Peoples’ Survival, a group based in West Virginia — led a large group of mostly young protesters to march up the entrance of the Hobet surface mine in Lincoln County, W.Va. Once on the mine site, they climbed trees, chained themselves to heavy machinery and stood with banners that read “COAL LEAVES, CANCER STAYS,” and the optimistic “RESTORE OUR MOUNTAINS, REEMPLOY OUR MINERS.”

The intention of the action, according to RAMPS, was to shut down the mine — and they succeeded. But much of the media attention that resulted from it looked past the point that the protesters were trying to get across: the irremovable mountain of evidence of the devastation caused by mountaintop removal and an industry evading the causes and impacts of its own downturn. Instead, some stories focused on how quickly the situation surrounding the mine escalated which led to confrontations between protesters, counterprotesters and the police.

In a presidential election where everything is made out to be at stake, particularly the future of the coal industry in Appalachia, establishing a dialogue over repeated charges of a so-called “war on coal” has become nearly impossible. The once bright opportunity for collaboration and conversation has not only reached a tipping point, it has fallen off a cliff and is tumbling down a rocky embankment.

The Hobet Mine Complex, where the RAMPS “Mountain Mobilization” took place, is part of one of the largest mountaintop removal mines in Appalachia. It is owned by Patriot Coal, which filed for bankruptcy in July, stirring fears of how retiree benefits and pensions might be affected. In a letter to retirees, the company stated that while all medical programs are still in place and payments are being made as usual, that “As with every part of our business, our benefit programs will be reviewed.”

This was not lost on RAMPS protesters, who expressed concern that as Appalachian coal production declines the region will be left with only illness and environmental devastation, and as the coal goes so will the industry.

“Both UMWA pensions and the state’s Special Reclamation Fund are funded through a per-ton tax on coal,” a press advisory released before the protest by the group said. “With Central Appalachian coal production in the middle of a projected six-year, 50 percent decline, this funding stream is increasingly unsustainable. Protesters are calling on the coal industry and government to ensure that funding is available both to honor commitments to retired workers and to restore the land.”

Along with the wish to end mountaintop removal, the protesters — many of whom were from West Virginia and have ancestors who were miners — offered some constructive ideas.

“Coal companies must employ their surface mine workers in reclaiming all disturbed land to the highest standards,” said RAMPS spokesperson Mathew Louis-Rosenberg. “Instead of arguing about the war on coal, political leaders should immediately allocate funds to retrain and re-employ laid off miners to secure a healthy future for the families of this region.”

Past the confrontation and deliberate disruption, at its core, this was a protest for the mine workers, their families and the future of West Virginia. It’s becoming harder every day to deny the challenges the coal industry faces. And what seem like fundamentally opposed sides could be a powerful force if shared interests were identified and pursued.

When counterprotesters first arrived at the mine they engaged with the young opponents of mountaintop removal in a healthy, civil dialogue — showing respect despite disagreement. But shortly after, incidents of miners threatening protesters with violence while West Virginia police stood by began to surface.

It would seem difficult at this level for either side to consider, understand or appreciate the others’ and those who did should be applauded. Unfortunately, after months of layoffs, miners and their families who fear for the future, their livelihood, and likely their heritage, acted out of personal conviction in the only way they thought possible at that point: intimidation.

When a dialogue between two opposing sides reaches an impasse, it may seem like nothing else can be done. It becomes easier to blame an extreme version of the other side, the “radical environmentalists,” Obama, the EPA, even coal CEOs. When a systemic problem becomes too complex to sort out, it is tempting to simplify it by resorting to false attribution or looking to those in power to help distribute the blame. It’s the tree huggers vs. coal huggers, and that’s that.

Inevitably, for all those who believe that it’s possible to protect the environment, use our natural resources wisely and benefit the economy — and there are many who do — there is an increasingly small window in which to operate, find middle ground and the reconciliation necessary for progress.

The protest spanned several hours and led to the arrests of 20, who were charged with trespassing and obstructing after refusing to leave the mine. As of August 7, all 20 jailed protesters have been released.

This summer has been a season of actions, protests, civil disobedience and activism. Across the country events like the one that shut down the Hobet Mine have taken place, each with their own story that continues to unfold. In Montana, protesters have occupied the state Capitol to speak out against coal development and exports, across the country and especially in the Northeast, residents are rallying against hydraulic fracturing, and in the midwest and Washington D.C., thousands concerned with the extraction and transportation of tar sands have taken action.

It’s difficult not to be reminded of the role elected leaders play in shaping the conversation and how, especially in Appalachia, they have shied away from the challenge or aligned themselves with the coal industry. The prevalence of these protests could be a reaction to the listlessness of those who have been given the power to lead. Just look at the balancing act on coal the two men running for president are engaged in. It’s twisted.

The industry leaders and politicians who lambast what they perceive as the president’s war on coal are feeding off of miners’ and their families’ fear for the future of the industry they depend on. And as long as it continues, so will the protests. In fact, it’s the rhetoric itself that must die out first. Thankfully, it is beginning to turn in on itself, spurring one of the industry’s most ardent Congressional supporters to speak out.

“The reality is that many who run the coal industry today would rather attack false enemies and deny real problems than find solutions,” West Virginia Sen. John Rockefeller said on the Senate floor in June. “Scare tactics are a cynical waste of time, money, and worst of all coal miners’ hopes. But sadly, these coal operators have closed themselves off from any other opposing voices and few dared to speak out for change – even though it’s been staring them in the face for years.”

Likewise, an op-ed in the New York Times last month titled “Appalachia Turns On Itself” concluded: “There is no easy resolution to the fraught relationship between the coal industry and the people of Appalachia, many of whom rely on it for jobs even as it poisons their region. But it is imperative that the industry’s leaders and their elected allies lay down their propaganda and engage in an honest, civil dialogue about the issue. The stakes are too high to do otherwise.”

Considering the state of the discourse on coal, and the inability to see what those with slightly or even dramatically different views may have to offer, that would be a pretty good start.

Finally, here is a video of activist Dustin Steele that was taken before the action. Steele was later arrested and allegedly beaten by law enforcement while in custody. While this video contains some salient points, please note Steele uses some light profanity:

1 Pings/Trackbacks for "A Summer of Resistance: Civil Disobedience and the Barriers to Progress"