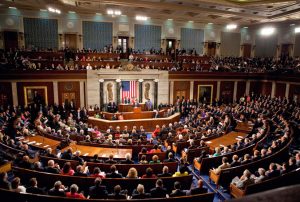 Transportation bill negotiations between the House and Senate came to a close on June 29 and an amendment blocking the U.S. Environmental Protection Agency’s ability to finalize coal ash storage and disposal is out of the picture for now. This amendment, known as Title V was attached as an amendment to the transportation bill by West Virginia representative David McKinley.

Back in June 2010, the EPA proposed two options on how to manage and dispose of coal ash:

The first option would be to classify coal ash as a special waste under the hazardous waste provision (Subtitle C) and allow the EPA continue to regulate it in a fashion similar to hazardous waste when it is stored in landfills and ponds. This option would set forth federally enforceable guidelines, working with states to implement these standards.

The second option would be to manage coal ash under Subtitle D which would to leave it up to the states to determine if coal ash is managed safely, with EPA-recommended guidelines. Common household trash is treated in this manner. This second option does not allow EPA to enforce the standards, instead leaving it up to the states and individual citizens enforce the standards, leaving the EPA with only a finger to shake at states who do not comply with their recommendations.

While the devastating coal ash spill in Kingston, TN, was the impetus for EPA to review coal ash disposal and storage, the EPA has not finalized either of these provisions. Title V would permanently block the EPA from ever doing so.

Proponents of weak coal ash enforcement (whether it’s Title V or a weak Subtitle D option) attempt to claim that there is no evidence for classifying coal ash as hazardous and that it does not propose a strong enough threat to human health and the environment.

However, EPA studies have proven that coal ash can leach heavy metals such as antimony, arsenic, barium, beryllium, cadmium, chromium, lead, mercury, and selenium into ground and surface water. These heavy metals can pose a significant threat to human and environmental health. Considering that coal ash ponds and landfills concentrate the dangerous chemicals, this puts the surrounding areas at a high risk for contamination. 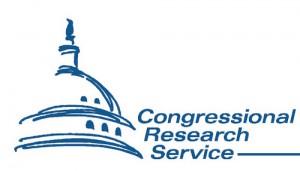 A recent report by the Congressional Research Service (pdf) , the governmental think tank states that does legal analysis for Congress states, “Generally, for other environmental laws, Congress has specified a legal standard of protection, then directed EPA to develop criteria necessary to meet that standard. More simply, Congress would likely declare, either generally or in specific detail, why or what standards are needed, then direct EPA to promulgate regulations detailing how those standards should be met.”

What the coal ash amendment does is lay out the “how’ of the program and also the ability for states to ignore any provision that it deems unnecessary. According to the CRS report. “Each state could determine that one or more of the revised criteria are not necessary to manage CCR (coal ash) structures in the state and decline to apply them to its permit program.”

The report continues, “By creating such a program entirely within the proposed statute, Congress would create a permit program unique among environmental laws.”

The bill also gives “minimum requirements” for states setting up a program, but the requirements are not ones that EPA has determined are protective of human health.

From the CRS report, “If a state did choose to apply the permit program specifications to CCR landfills and surface impoundments, the provisions included under the Minimum Requirements and Revised Criteria would be significantly different from those identified by EPA as necessary to address the risks associated with improper CCR disposal.

For example, in contrast to EPA’s June 2010 proposal, the CCR permit program specifications do not include requirements that owners and operators of CCR structures:

Simply put, the proposed amendment would do little to change the status quo of coal ash disposal and storage, while blocking EPA from putting forth guidelines that actually protect human health.

The coal ash amendment is no longer in play in the transportation bill, but proponents are certain to attempt to pass this polluter loophole in some other form or fashion. Stay tuned.