World Water Day is on Thursday, March 22. It is a day to not only celebrate the gift of water, but to also learn what we can do to protect this precious resource. In North Carolina, water pollution from coal ash, the residue from burning coal for electricity, is a huge state-wide problem that can no longer be ignored.

In order to educate and activate citizens who care about protecting our water, we have some great events planned in Charlotte and Asheville! We ask that you RSVP here.

The two high-hazard coal ash ponds at the plant are situated near I-26 and the French Broad River, and the community of Julian Trails.

Groundwater monitoring has revealed levels of boron, iron and manganese that exceed state groundwater standards. Samples taken from the plant’s discharge were tested in 2009 and were found to contain arsenic at more than 18 times the state’s health standard for fish consumption and drinking water. 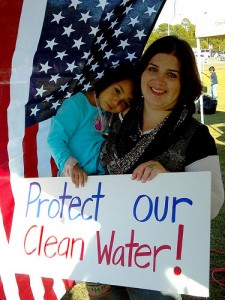 Join us from 5 to 7 p.m. and hear from speakers like Hartwell Carson, the French Broad Riverkeeper, Richard Fireman with Interfaith Power & Light, and a local community member who has fugitive coal ash dust that lands in her backyard.

Come by, have a burger, meet other concerned citizens and learn what you can do to help.

Call Duke Energy Out Coal Ash Tour in Charlotte, this Saturday, March 17 at 1 p.m.
We are teaming up with Greenpeace to take citizens on a guided tour of coal ash ponds associated with the Riverbend power plant, with award-winning independent journalist, Rhiannon Fionn. The event will be this Saturday, March 17. We will be meeting in front of Duke Energy’s headquarters at 550 S.Tryon St. at 1 p.m. to load into a bus. 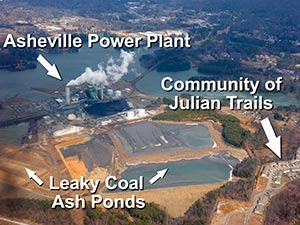 Too Close For Comfort?- Asheville Plant's Coal Ash Ponds Loom Over a Community

The Riverbend plant is owned and operated by Duke Energy, and is on the shore of Mountain Island Lake, where Charlotte and surrounding areas get their drinking water.

Not only is iron and manganese showing up in extremely high levels in groundwater surrounding the impoundments, testing by the Catawba Riverkeeper has found high levels of arsenic in the sediment of the lake.

Please join us for one of these two events, and bring your friends- we need to continue to grow our movement to protect our clean water.

And if you can’t make it, please sign our petition to the N.C. Department of Environment and Natural Resources and the U.S. Environmental Protection Agency asking them to step up and protect us from coal polluters who are using our waters as dumping grounds for their toxic waste.

So what’s the big deal about coal ash?

Turning coal into electricity has tremendous impacts on our water at every step in the process, mostly through the release of heavy metals into our air and water. While the toxic contents of coal may vary depending on where the coal is mined, coal contains some of the world’s deadliest toxic metals: arsenic, lead, mercury, cadmium, chromium and selenium. 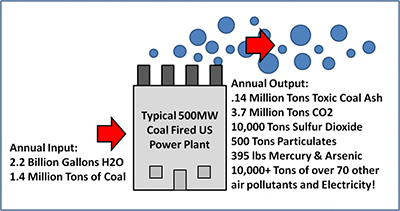 The waste from mountaintop removal coal mining has buried and polluted over 2000 miles of streams.

When coal is burned, more heavy metals are released into our air which then lands into our waterways, which is why mercury pollution of our waterways is rampant.

After coal is burned, about 10% is left behind in the form of coal ash. Coal ash is like liquid coal concentrate, because most of the coal is gone, leaving behind a lot of heavy metals.

Electric utilities tend to store coal ash in wet impoundments, and often those impoundments are unlined. Coal ash can leach into the groundwater below and make its way to people’s wells, lakes, rivers and streams.

In North Carolina, the big coal polluters are Duke Energy and Progress Energy. Combined, Duke and Progress have 14 plants across the state and produce over 5 million tons of coal ash– every year. 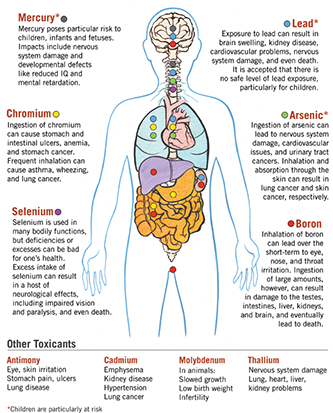 From the Earthjustice and Physicians for Social Responsibility report, Coal Ash: The Toxic Threat To Our Health and Environment. Click for larger image

And a number of these plants are decades old so their coal ash impoundments can be upwards of 6-9 stories tall and contain several millions tons of coal ash.

Monitoring required by the state Department of Environment and Natural Resources reveals that heavy metals are migrating into our groundwater from all 14 coal-fired power plants in North Carolina.

These coal ash impoundments are located near rivers, lakes, and drinking water supplies; it’s easy to imagine that these toxins are making their way to those important water sources.

While the groundwater pollution is technically illegal, power plants are actually given permission by the state to actually dump untreated wastewater, full of heavy metals, into nearby waterways.

Another danger is the possibility that these huge impoundments, held back by earthen dams, could break, releasing a toxic wall of water and coal ash. 12 of the 26 coal ash ponds in North Carolina have a high-hazard designation, meaning that should a dam break occur, loss of human life would be likely.

With all of this very real danger, most people don’t even know what coal ash is and if they live near a coal ash impoundment.

So please join us if you can in Asheville and Charlotte.