Great news on the legislative front! Last week, by a vote of 240-172, the House of Representatives overwhelmingly passed the bipartisan “Rural Star” (HR 4785) energy efficiency legislation. Appalachian Voices supports this common-sense bill and applauds its passage through the House.

One of the champions of this bill was Virginia Congressman Tom Perriello, who worked with Appalachian Voices’ staff in Virginia and DC to ensure passage. He gave team AV a shout out in his press release, and we were able to speak with him about this victory today.

We know the cheapest electricity is the electricity we never use in the first place which is why I have been so focused on energy efficiency. I have been evangelical about Rural Star as a way to reduce Americans’ electric bills while supporting American construction jobs and American-manufactured products. Now both parties have become believers in this common sense way to help rural families and seniors save money on their electric bills and increase home values. In addition to saving consumers money and putting Americans back to work, efficiency upgrades reduce the load on our electric grid, and consequently the impact of fossil fuels on our environment. Rural Star has rightly earned the support of home builders, co-ops and environmental advocates such as Appalachian Voices. I’m very proud to have led in this fight and I look forward to finding even more common ground as we put Americans back to work and serve as good stewards of our natural resources.” 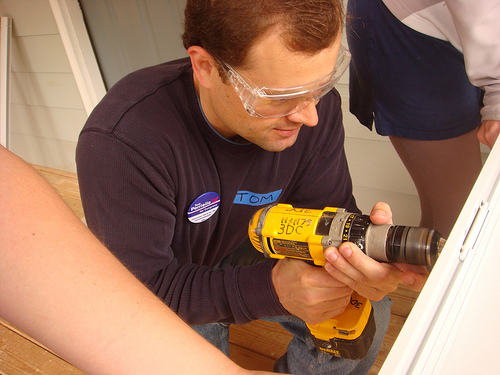 The cost of energy consumption in our region includes not just the number on our electric bills, but the loss of our mountains, streams, and communities due to mountaintop removal. As you know, more than 500 mountains and nearly 2000 miles of streams have been permanently destroyed by this horrible method of mining. All this, and mountaintop removal provides less than 4.5% of our nation’s electricity. Meanwhile, the Appalachian Regional commission has said that we can add as many as 15,000 jobs/year in Appalachia by investing in energy efficiency. This would provide far greater employment benefits than we see from strip-mining, while ensuring that we are using our resources responsibly, and sustainably.

The bill now goes to the Senate, where it has 18 bipartisan cosponsors.

See Congressman Perriello’s speech on the floor in support of Rural Star: