Over 20 years and counting 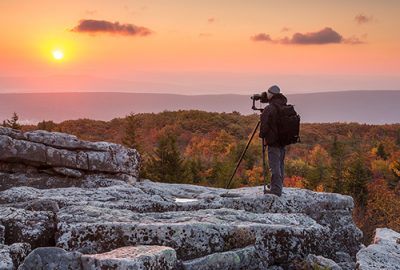 In 2017, Appalachian Voices marked two decades of bringing people together to stand up for the mountains, for clean rivers and drinking water, for farms, forests and wildlife, and for healthy communities across the Appalachian region.

Our amazing journey so far has been marked by significant victories, and more than a few roadblocks and potholes. We’ve grown stronger and wiser, stayed nimble and tackled pressing issues as they’ve emerged, yet we stayed true to our vision of ensuring a vibrant and just economy in Appalachia that sustains our region’s natural treasures.

Appalachian Voices formed in 1997 as an outgrowth of the The Appalachian Voice newspaper, established the year before in Boone, N.C., to cover environmental issues in the region. The paper’s founders, including Harvard Ayers, soon realized the urgent need for a nonprofit advocacy organization devoted solely to Appalachia. 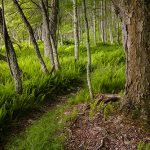 Our first campaigns aimed to protect private forests and public lands, cut toxic air pollution from coal-fired power plants, and fight mountaintop removal coal mining. We helped stop the proliferation of massive wood chip mills that threatened native forests. We also championed the North Carolina Clean Smokestacks Act, one of the strongest air laws in the country, which passed in 2002.

As we connected more deeply with impacted citizens, our strategies evolved to better address the challenges they face. Given the horrendous impacts of mountaintop removal on people’s health and the environment, we doubled down on our campaign to stop it. We built our in-house expertise on water law and coal markets to go toe-to-toe with industry lobbyists. As a co-founder of The Alliance for Appalachia, we helped move the issue to the national stage with the innovative iLoveMountains.org website (for which we were named a “Google Earth Hero”) and our nationwide Appalachian Treasures road tour under the guidance of our grassroots organizing mentor, the late Lenny Kohm. 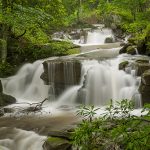 Appalachian Voices is known for perseverance. For five years, we battled one of the state’s biggest coal companies following our discovery of tens of thousands of violations of the Clean Water Act, and in 2015, we and our partners won a landmark legal settlement.

When a massive TVA coal ash pond near Kingston, Tenn., failed in 2008, choking the Emory and Clinch rivers with the toxic waste, we documented the disaster and worked to hold the guilty parties accountable. Five years later, we were on-site shortly after a coal ash pond at Duke Energy’s Dan River plant in North Carolina failed, testing for pollutants and documenting the event. Appalachian Voices has remained at the forefront of a North Carolina citizens’ movement to force regulators and Duke to solve the coal ash crisis.

Recognizing the need to advance positive change in the region, we launched our Energy Savings for Appalachia program in 2013. Already, we have persuaded one rural electric cooperative to provide upfront financing for families to make energy efficiency home improvements, and are making inroads with several others in western North Carolina and East Tennessee. In the process, we’re now recognized nationally as a leading expert in energy-efficiency financing.

We also launched our New Economy for Southwest Virginia program, opening an office in Norton in early 2015 and expanding our work to promote a more diverse, sustainable economy. Appalachian Voices is connecting local voices with decision makers to advocate for federal investment to repurpose old coal mines for new, sustainable economic activity. And we’re a leading partner in a burgeoning effort to establish Southwest Virginia as a hub for the solar industry.

After 20+ years of action, innovation and collaboration, Appalachian Voices is on solid ground as we look ahead to continuing this amazing journey over the next 20 years and beyond.

Appalachian communities are on the frontlines of America’s historic shift from fossil fuels to cleaner sources of energy — a critical transition fraught with challenges as well as opportunities. The current political upheaval threatens to stall that shift, leaving the region behind as other parts of the country embrace cleaner energy sources.

Appalachian Voices is standing strong, undeterred in our mission to advance a sustainable, equitable economy that is powered from the ground up. We are working at the nexus of America’s energy transition, and we’ve never been more ready to face the challenges ahead.

Our staff has the credibility, expertise, guts and dedication needed to make an impact. Indicative of our deep connection to the region, as well as our reputation among larger nonprofits, we work in partnership with more than 100 local, state and national organizations. And we are fortunate to have the support of our members, donors and philanthropic foundations. 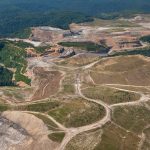 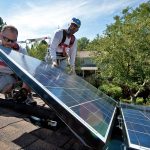 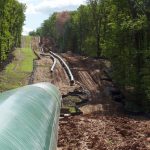 The issues Appalachian Voices takes on over the next 20 years will arise from our vision for the region’s future and conversations with the citizens most affected by the nation’s energy and environmental policies. Currently, we are working to:

Since 1997, Appalachian Voices has grown roots deep in this region. Our connection to the land and people sustains us in everything we do. Whether in the halls of Congress, in the courtroom or on the riverbank, we take a stand on behalf of our members and people throughout the region. We’ll be sticking around for a long time to come.

Appalachian Voices works in various partnerships and coalitions with more than 100 local, state, regional and national organizations, including:

Alliance of Carolinians Together Against Coal Ash

Christians for the Mountains

Kentuckians For The Commonwealth

The Alliance for Appalachia