UPDATE: On Dec. 3, after more than eight hours of public, industry and agency comments spread over two days — six of the seven members of the Virginia Air Pollution Control Board voted to deny the air permit for the Lambert Compressor Station. The board focused on environmental justice concerns and the cumulative air quality impacts from the existing compressor stations, including the toxicity of particulate matter that would be emitted from the facility.

On Dec. 31, Mountain Valley Pipeline, LLC sued the State Air Pollution Control Board over the decision. 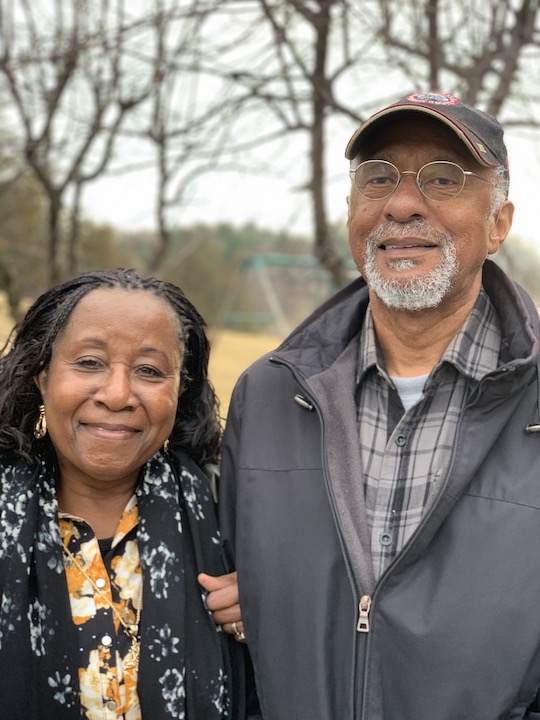 Elizabeth and Anderson Jones live on a 57-acre farm in Chatham, Virginia, that has been in Anderson’s family for decades. They are outspoken opponents of the Mountain Valley Pipeline, which would cross their land, and Lambert Compressor Station, which would be the third such facility in the area. Photo courtesy of Elizabeth Jones


The board will consider the permit for the natural gas facility at an upcoming meeting on Dec. 2 at 1 p.m. and Dec. 3 at 9:30 a.m., and will make a decision following the second meeting.

“This is our future, this is our posterity for our children and grandchildren, and it looks like it won’t be for quiet enjoyment; It’s going to be for the fenceline landowners to do as they please and the fenceline owner is Mountain Valley Pipeline,” says Elizabeth Jones, Pittsylvania County NAACP’s environmental climate justice chair.

Among peers, Jones is known as “Sister Truth.” She and her husband, Anderson, live on a 98-year-old farm in Chatham, Virginia, where Mountain Valley Pipeline has allotted 18 acres for the placement of Lambert Compressor Station. When the pair inherited the property, they inherited a legacy of environmental injustice.

“Even in the 1940s and 50s the farm was labeled ‘C’ for colored — that’s in the deed books — and that means those farms were able to be exploited,” Jones says.

Pittsylvania County’s Board of Supervisors approved a rezoning request from MVP in February, reclassifying land near the Jones’ property from agricultural to heavy manufacturing.

The compressor station is proposed as part of MVP’s Southgate route, a 75-mile extension of the Mountain Valley Pipeline’s 303-mile mainline route. The project would pump and pressurize fracked gas to travel from Chatham into North Carolina, posing several environmental and public health risks for the historically Black community.

Compressor stations, which help maintain pressure and flow of the natural gas in pipelines, can be significant sources of pollution, emitting carbon monoxide, nitrogen oxides, fine particulate matter, sulfur dioxides and volatile organic compounds, among other harmful substances. The station emits constant noise, but noise levels are most severe during a “blowdown” or release function. The Lambert project would be the third compressor station located on Transco Road. 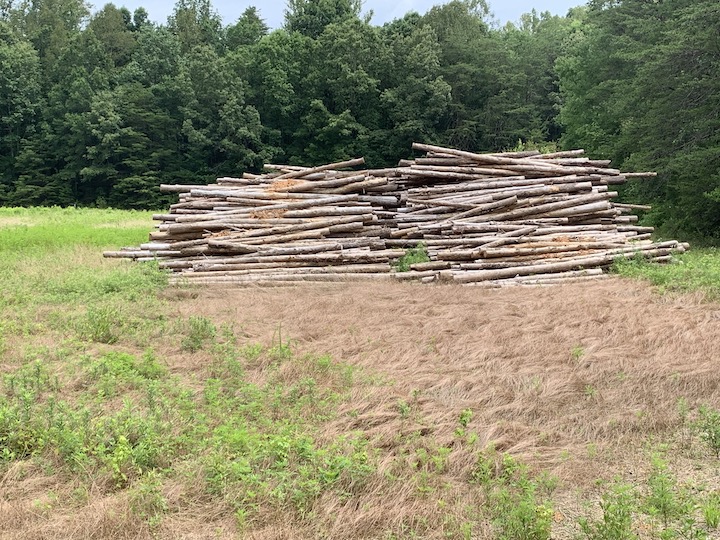 “The compressor station that we already have lets out enough emissions that make us sick,” Jones says. “If [the proposed Lambert station] gets an air permit it’s going to be even more poisonous.”

Jones’ husband suffers from severe asthma. He is 82 and still works out on the farm, which includes 20 acres of loblolly pine trees. It is the same farm his mother lived on in 1976 when she died of asthma-related complications.

Fine particles emitted into the air are the largest environmental cause of human mortality in the United States, according to an April 2021 study published in Science Advances.

Results from the study indicate a trend in the United States, wherein people of color experience a higher-than-average exposure to a type of particulate matter called PM2.5, an air pollutant the EPA links to asthma, decreased lung function, increased respiratory symptoms, such as irritation of the airways, coughing or difficulty breathing and nonfatal heart attacks.

“Because of a legacy of racist housing policy and other factors, racial-ethnic exposure disparities have persisted even as overall exposure has decreased,” the study’s authors write.

Black people are especially at risk of exposure to this fine particulate air pollutant. By measuring the concentration of PM2.5, scientists conducting the study found that the disparity between the number of Black people and White people exposed to PM2.5 from coal electric generators alone (21%) is greater than that of all people of color and White people (14%).

“[MVP and similar companies] use their power and their profits and their funds to make sure African Americans and people in rural areas do not have a voice in the environment that we breathe, drink, walk on.” Jones says.

Jones says the absentee status of nearby farm owners makes it easier for MVP to secure land for projects like the compressor station.

Other residents of Pittsylvania County share the Jones’ concerns. The Virginia NAACP has been meeting virtually with community members to discuss the potential impact another natural gas facility could have on Chatham. In addition to negative health impacts, they cite the heavy equipment and road damage that have altered the local landscape.

Virginia DEQ has dismissed these concerns, according to Jones, disregarding an integral part of the permit process: consulting with the residents about the proposed infrastructure.

According to Mary Finley-Brook, a geography, environmental and global studies professor at the University of Richmond, the air board’s failure to facilitate a conversation about the compressor station within the community also violates Virginia’s Environmental Justice Act.

This kind of meaningful engagement is crucial and helps residents make informed decisions, according to Finley-Brook.

“Nobody knows what this community wants because nobody ever really asked them until after they’ve already mapped the project, decided where it was going, promised millions and millions of dollars,” she says.

“We know they go through poor, Black, rural communities, and we know they’re put there because air quality will not be questioned,” Jones says. 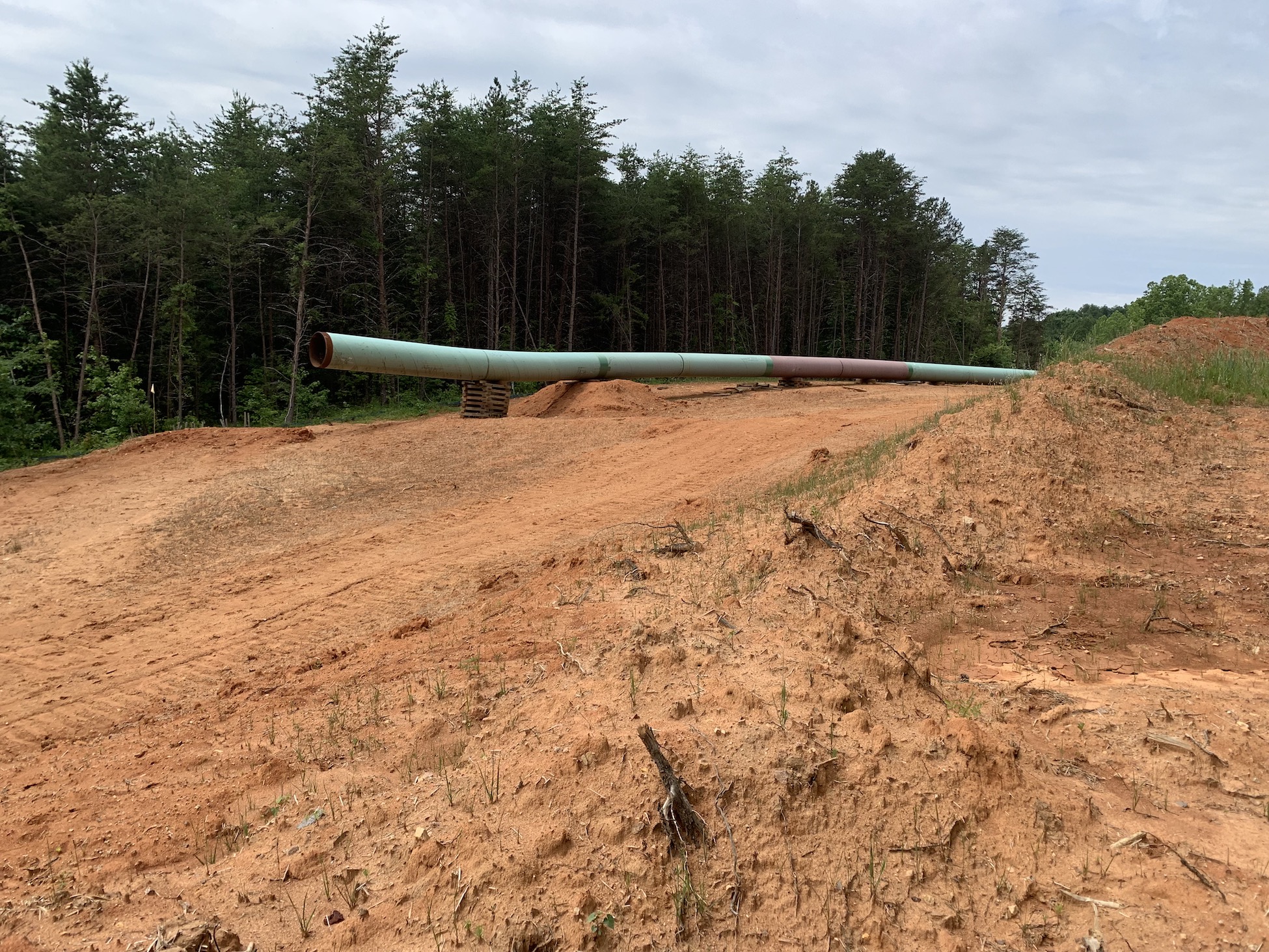 “Throughout the public comment period this spring, the public raised serious concerns with this misguided project, including that environmental justice issues were not properly addressed and community engagement was lacking,” says Jessica Sims, Virginia field coordinator for Appalachian Voices, the environmental organization that publishes The Appalachian Voice and an opponent of the compressor station.

DEQ has received hundreds of comments from people opposed granting the air permit, including an October letter from 16 members of the Virginia General Assembly asking DEQ to deny the permit.

“As reflected in over 300 submissions from the public regarding the project application, including comments from technical and health experts, the Compressor Station would have
disproportionate adverse impacts on the affected community,” wrote the legislators. “Members of that same community indicated they did not receive timely notice of the project, nor receive authentic outreach. As meaningful engagement with impacted communities is a foundational aspect of the Virginia Environmental Justice Act, we are especially concerned.”

In July, Virginia’s Air Pollution Control Board pushed the permit decision on Lambert Compressor Station to September. In September, the control board pushed the decision again until December.

Pittsylvania County’s community members, including the county’s NAACP branch and Virginia Sierra Club, continue to organize in the meantime.

Witnessing the historically Black community of Union Hill’s victory against a proposed compressor station for the now-scuttled Atlantic Coast Pipeline and the defeat of the Byhalia Pipeline slated for a predominantly Black part of Memphis, has been encouraging in the community’s fight for environmental justice.

“Unfortunately, it’s environmental racism and it is a system that has been on for several years, and the national chapter hears this from branches across the country when pipelines are laid,” Jones says.

“The problem there is there is always another way,” she adds. “This has been done to Black property for 400 years.”

Opponents of the compressor station plan to gather at Olde Dominion Agricultural Complex in Chatham before and during the meetings on Dec. 2 and 3.