Press Release: Fourteen Kentuckians Will Remain in Governor’s Office Over the Weekend in Protest of Mountaintop Removal Mining

FRANKFORT – At least fourteen Kentuckians have decided to remain in Gov. Steve Beshear’s office over the weekend at the invitation of the governor himself.

Among those remaining in the governor’s office include Wendell Berry, 76, the acclaimed writer who has decried mining abuses for the past fifty years; Beverly May, 52, a nurse practitioner from Floyd County; Mickey McCoy, 55, former educator and mayor of Inez; Teri Blanton, 54, a grassroots activist from Harlan County; Stanley Sturgill, 65, a former underground coal miner of Harlan County; Rick Handshoe, 50, a retired Kentucky State Police radio technician of Floyd County; John Hennen, 59, a history professor at Morehead State University; and Martin Mudd, 28, an environmental activist.

“We have resolved to stay while Gov. Beshear reconsiders his position on mountaintop removal mining,” the group said in a joint statement. “As we are just steps away from the Governor’s Mansion, we invite the governor to join us at the Capitol—the People’s House—for more conversations over the weekend.”

The group is staying in the governor’s office in anticipation of I Love Mountains Day on Monday, an annual rally held to draw attention to mountaintop removal and the Stream Saver Bill, which has languished for six years in the House Natural Resources Committee, chaired by Rep. Jim Gooch (D-Providence), a longtime supporter of the coal industry.

“We invite our fellow Kentuckians to join us in solidarity on the steps of the Capitol on Monday,” said the group. A march to the Capitol from the Kentucky River Bridge will commence at 11:30 a.m. The rally at the Capitol will begin at 12:15 p.m.

They expressed disappointment in today’s meeting with Gov. Beshear. “There are times when our elected officials must choose between being a leader and being a politician. This is one of those times. We call upon Gov. Beshear to lead by ending mountaintop removal, by beginning a sincere public dialogue about creating sustainable jobs for our hard-working miners, by putting the vital interests of ordinary Kentuckians above the special interests of an abusive industry.” 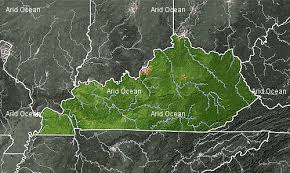 A message from our brothers and sisters in Kentucky – jw
—

FRANKFORT – A group of twenty Kentuckians has gathered at the state Capitol in an attempt to meet with Gov. Steve Beshear to discuss the issue of mountaintop removal mining. They plan to remain in his office until the governor agrees to stop the poisoning of Kentucky’s land, water, and people by mountaintop removal; or until he chooses to have the citizens physically removed.

Among the group are Wendell Berry, 76, the acclaimed writer who has decried mining abuses for the past fifty years; Beverly May, 52, a nurse practitioner from Floyd County; Erik Reece, 43, who has written extensively about the coal industry; Patty Wallace, 80, a grandmother from Louisa; Mickey McCoy, 55, former educator and mayor of Inez; Teri Blanton, 54, a grassroots activist from Harlan County; Stanley Sturgill, 65, a former underground coal miner of Harlan County; Rick Handshoe, 50, a retired Kentucky State Police radio technician of Floyd County; John Hennen, 59, a history professor at Morehead State University; and Martin Mudd, 28, an environmental activist.

While these Kentuckians realize they are risking arrest by refusing to leave the governor’s office, they say they have repeatedly petitioned Gov. Beshear for help, yet their pleas have been ignored. This action is a last resort to seek protections for their health, land, and water.

In a letter to Gov. Beshear, the citizens expressed their desire to communicate “respectfully and effectively” with the governor about the urgent need to stop the destruction of mountaintop removal mining. Among their requests were the following:

§ Foster a sincere, public discussion about the urgent need for a sustainable economic transition for coal workers and mountain communities

§ Withdraw from the October 2010 lawsuit against the Environmental Protection Agency, in which the Beshear administration partnered with the coal industry to oppose the EPA’s efforts to protect the health and water of coalfield residents

“The office of the governor must be held accountable,” they citizens explained in a joint statement. “We are once again asking Gov. Beshear for help.”

Hal Rogers district in eastern Kentucky (KY-05) has been the victim of more mountaintop removal than any other district or even state, for that matter. Out of 435 Congressional districts, it is #1 in destruction of mountains and streams, and yet it ranks:

As a state Kentucky ranks dead last in healthy behavior, and 49th in overall well-being, emotional health, and physical health (behind WV of course). More mountaintop removal will only make these problems with the health of Appalachian people even worse. Its hard to get worse than worst, but many Kentucky Representatives are trying. Our thoughts and prayers are with our friends at the state house.

We stand in solidarity with Kentucky Rising, a group who entered the office of Gov. Beshear at 10 AM asking for a real discussion about stopping MTR and creating economic stability for the region.

2) Consider joining 100s of Kentuckians for “I Love Mountains Day” at the state Capitol on February 14th.

As always, Jeff Biggers has much, much more.