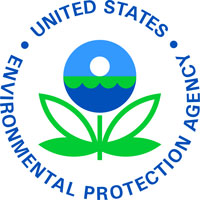 Today, the Environmental Protection Agency took a historic step to protect Appalachian communities from the devastating effects of a mountaintop removal coal mine. After months of consideration, EPA’s Region 3 office announced its recommendation to veto the permit for the monstrous Spruce No. 1 Mine in Logan County, W.V. (PDF) The decision now awaits to be finalized by the federal EPA.

This precedent setting decision could not have been possible without actions taken by the iLoveMountains.org community, and citizens like you.

Just two weeks ago, thousands of people like yourself rallied in DC to demand that the President and Congress put an end to mountaintop removal. Earlier this week 50 bipartisan members of the House of Representatives wrote to EPA supporting the agency’s actions to regulate mountaintop removal, and West Virginia Congressman Nick Rahall was quoted as saying that there are now 400 bipartisan votes in the House to end the practice of mountaintop removal coal mining.

And then, today we get the news that the EPA has heard us, and is taking their responsibility to protect Americans from the impacts of the largest mountaintop removal site in West Virginia’s history.

The Spruce No. 1 mine would bury almost 7 miles of essential, high-quality headwater streams, damaging and killing native wildlife and stream ecology.

While this news is great for the communities adjacent to the mine, there are hundreds of similar communities being polluted and poisoned every day by other mountaintop removal mining operations. We need to create a law to permanently curtail the devastating effects of mountaintop removal coal mining. Contact your Senators today and ask them to sponsor the Appalachia Restoration Act (S 696) to end valley fills and protect our water.

We will keep you updated as we look for the federal EPA to finalize this important decision for our region.